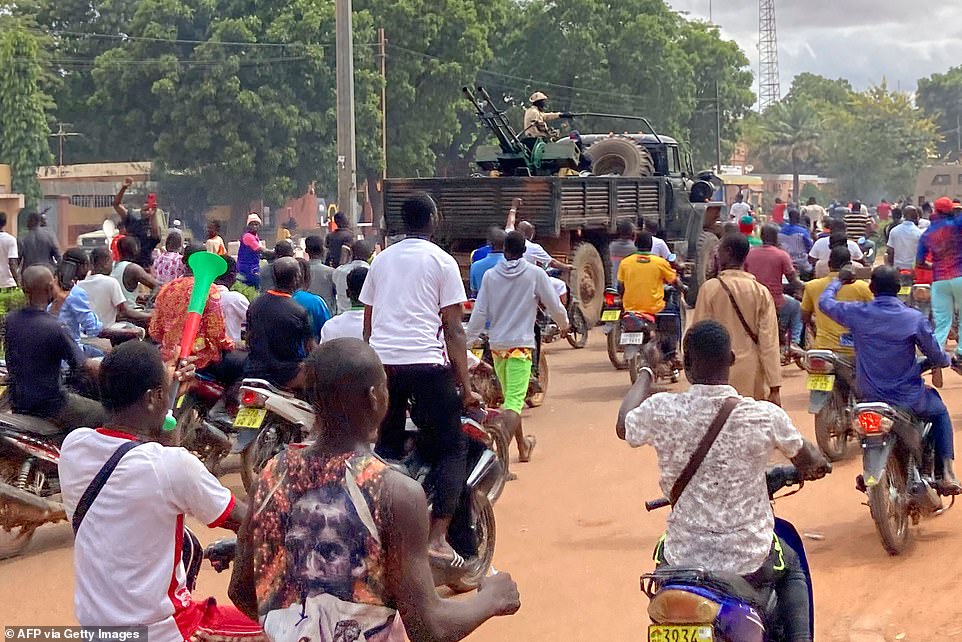 Security forces fire tear gas at angry protesters outside the French embassy in Burkina Faso’s capital on Sunday, as unrest simmered in the impoverished, restive West African nation following the claim of a second coup this year.

Late on Saturday, the junta leader, Paul-Henri Sandaogo Damiba, said he had no intention of giving up power and urged the officers to ‘come to their senses’.

His comments came shortly after the army general staff dismissed the coup as an ‘internal crisis’ within the military and said dialogue was ‘ongoing’ to remedy the situation.