One is a seasoned public speaker, accustomed to delivering sermons nearly every Sunday from the pulpit of the famed Atlanta church where the Rev. Dr. Martin Luther King Jr. once preached. The other is a political novice whose meandering, often nonsensical oratory on the stump tends to inspire as much mockery as it does applause.

The stark stylistic differences between the polished Senator Raphael Warnock, a Democrat, and his less politically refined Republican challenger, Herschel Walker, the former University of Georgia football great, add unpredictability and intrigue to their highly anticipated debate on Friday night.

Their match-up, just three days before early voting begins in Georgia, will be the first — and probably the only — debate in the state’s race for Senate, which has emerged as one of the most pivotal contests for control of the chamber. The one-hour event, hosted by Nexstar Media in Savannah, Ga., will begin at 7 p.m. Eastern.

The debate will test whether Mr. Warnock can expand what polls suggest is a narrow advantage over his rival, and whether Mr. Walker can quiet doubts about his qualifications for the office after a wave of explosive reports describing past behavior of his that has contradicted his public stances.

Over the summer, The Daily Beast reported that Mr. Walker had fathered three children he did not previously disclose, and more recently, an ex-girlfriend of Mr. Walker’s told The New York Times that he had paid for her to have an abortion and had asked her to have a second abortion, even though he has campaigned on his opposition to the procedure with no exceptions. 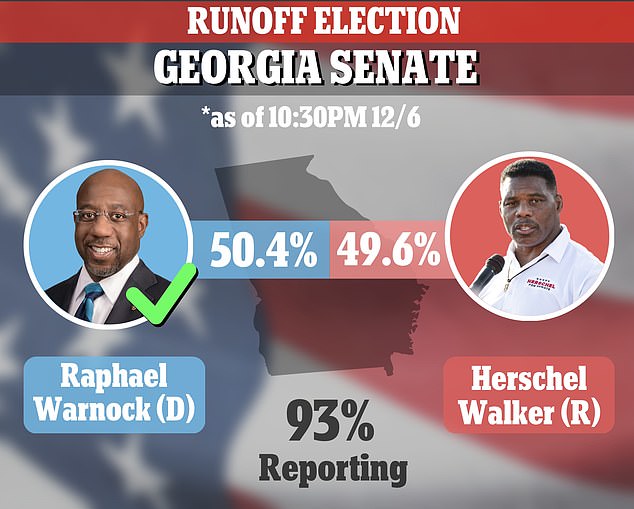 WATCH SENATOR RAPHAEL WARNOCK’S VICTORY SPEECH AND WATCH HERSCHEL WALKER’S CONCESSION SPEECH, WHICH IS ONE OF THE SADDEST POLITICAL SPEECHES YOU WILL EVER SEE...