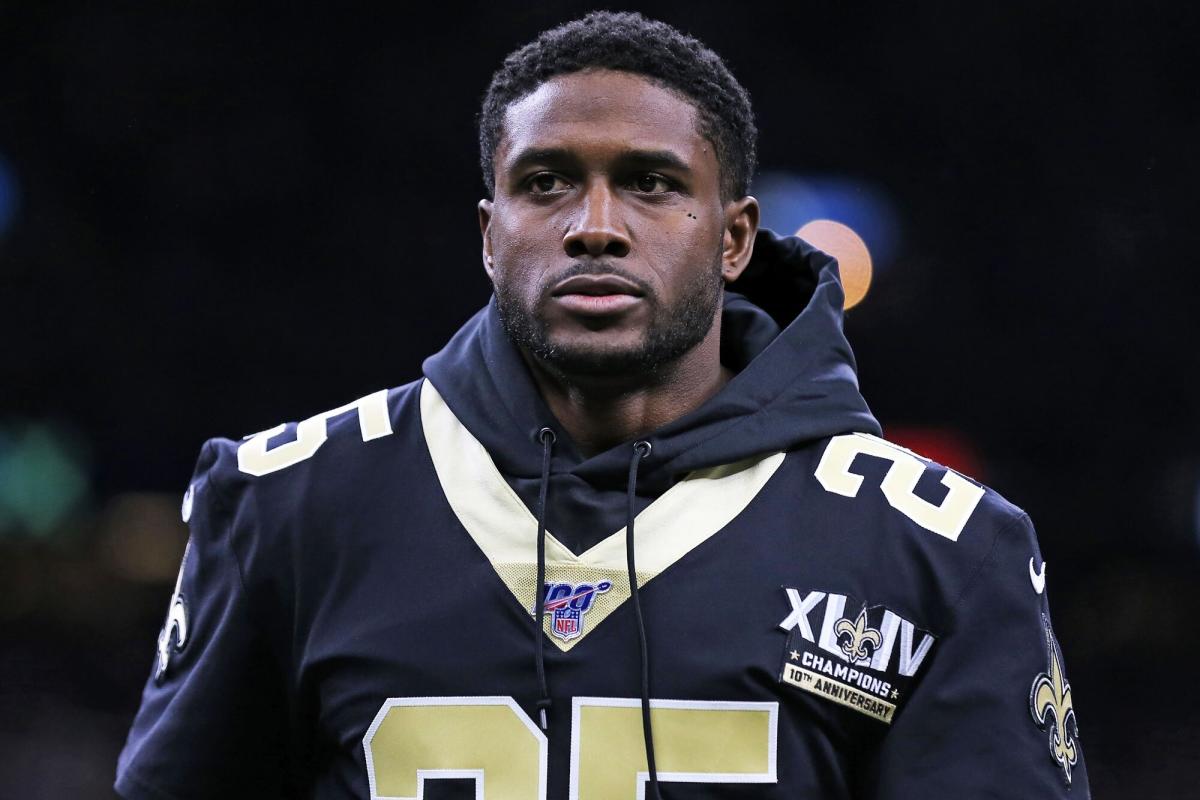 Reggie Bush is opening up about his time in the spotlight.

Talking to NFL players Adam Jones, Brandon Marshall and LeSean McCoy on the I Am Athlete show on Tuesday, the former USC football star, 37, spoke at length about his struggles with fame during the late 2000s.

“I think there was some good and some bad,” Bush said about his press coverage after Jones called him the “Mecca of the Media” at the time. The former Buffalo Bills running back famously dated Kim Kardashian from 2007 to 2009.

“I think for me at that time period I was still dealing with a lot of the Heisman stuff,” Bush continued about the four-year extra-benefits investigation that ultimately forced him to return the famed trophy.

“At that time period, when I’m deeply immersed into Hollywood of whom I’m dating and stuff like that, that was not the best time for me because I was hurting on the inside,” Bush continued.

“Spiritually I was broken,” he added, saying the Heisman investigation impacted him for at least five years of his NFL career. “The thing is when you go through trauma, it can be in a relationship level, it can be football, anything, but when you go through the trauma, how you deal with that trauma is the next step,” he continued.

“A lot of us don’t deal with our trauma in the right way, a lot of us internalize it,” said Bush. “Especially when you’ve got a lot of money, you’re young and maybe you don’t have a ton of guidance, that can be toxic.”

IS THIS YET ANOTHER TRAGIC SUICIDE FOR ANOTHER WELL-TO-DO, UPWARDLY-MOBILE, SUCCESSFUL YOUNG PERSON DUE TO THE DISCOMBOBULATING, BEFUDDLING, BEWILDERING SATANIC SPIRIT OF WOKEISM? FORMER...

DANIEL WHYTE III PRESIDENT OF GOSPEL LIGHT SOCIETY INTERNATIONAL SAYS, EVEN THOUGH IT IS GOOD THAT EVERYBODY IS PRAYING FOR DAMAR HAMLIN OF THE...