— Daniel Whyte III Says the Southern Baptist Convention Leadership Needs to Stop Allowing the Devil to Use Them to Fight Against Each Other. You Dear People Have a Demonic Spirit of LYNCHING and CIVIL WAR Among Yourselves, Which I Believe is a Generational Curse Going Back to the Early Days of the Southern Baptist Convention Confederacy in How You Treated Negroes Back in the Early Days of This Country. Now, You Treat Each Other the Same Way. In my Humble Opinion, You Dear People Need to Chill Out (that is Black vernacular for you people need to ‘Calm Down’), Especially in Light of the Fact That YOU ARE BEING INVESTIGATED BY THE U.S. DEPARTMENT OF JUSTICE.

Seriously People, You Need to Consult With Dr. Tony Evans on Everything You Say or do Publicly Before You Say or do it Because I Doubt Very Seriously if the Leadership of the Southern Baptist Convention “UNDERSTAND THE TIMES AND KNOW WHAT TO DO.” DR. TONY EVANS Understands the Times Very Well and he Knows What to do and What Not to do, and You People Need to Listen to Him Regarding All Issues — NOT JUST ABOUT RACE. God Has Blessed the Church With a Few Good Men in This Day and Time Who Know the Times and Who Know What to do. Dr. Tony Evans and I Still Love the Southern Baptist Convention Because You Are Organized, You Are More Transparent Than Most Denominations, and You Are Solvent (Meaning You Don’t Do Foolish Things Financially For the Most Part That Causes Churches to go Bankrupt), Thus Positioning Your Denomination to be Used by God to Lead All Other Denominations to Revival and Awakening, if That be God’s Will at This Point in History. We Both Know Your Potential and Influence.

By the Grace of God, Through my Preaching and Writing Along With, I Believe, the Help of Such Men as Your Former Friend Dr. Russell Moore, Who Has Been Unnecessarily Persecuted by Some People in the Southern Baptist Convention and Who I Believe is a Good, Godly Man Who Still Loves the Southern Baptist Convention, Along With Dr. Tony Evans’ Consulting Presence in the Southern Baptist Convention, we Have Recently Seen the Miraculous Coming Back Into the Biblical, Orthodox, Christian Fold of Dr. J. D. Greear and Dr. Ed Stetzer Both Recently Denouncing in Their Own Loving Way the Heretic Andy Stanley With Their Positive Statements Against Andy Stanley’s False Teaching on How That Christians Ought to “Unhitch Themselves From the Old Testament.” In J. D. Greear’s Case, he Recently Denounced “PRONOUNS” That do Not Line up With the Person’s Birth Sex, the Abomination of Homosexuality, and he Retracted His Statement That God “Whispers About Sexual Sins,” and he Affirmed the Word of God That God Does Not Whisper About Sexual Sins at All and Especially About Homosexual Sins.

Brethren, by the Grace of God, I’ve Done my Part as an Outsider. That’s All That I Can do to Help You Other Than to Pray For You. I Say With the Prophet Samuel “Moreover as for me, God forbid that I should sin against the LORD in ceasing to pray for you . . .” (I Samuel 12:23). Dr. Tony Evans, Who God Has Given Multiple Gifts in the Areas of Prophet, Evangelist, and Pastor Can Truly Help Guide You Through The Politically-Drenched Season That we Are in and Beyond in the Future For However Long God Allows Him to Live. Please Take Advantage of His Gifts, Talents, Wisdom, and Love For You, or the Southern Baptist Convention, as You Know it, Will be Destroyed.

Following criticism from conservatives in the Southern Baptist Convention for the permanent appointment of Brent Leatherwood as the head of the ERLC by the SBC institutionalist establishment, SBC President Bart Barber, hell-bent on spreading disunity and misrepresenting the pastors he’s supposed to be leading, took to Twitter with some spicy criticism for conservatives and abolitionists in the SBC. Barber focused his vitriol on SBC pastor Dusty Deevers, the abolitionist producer of the documentary A Storm Comes Rolling Down The Plain. Barber Rebukes Conservatives/Abolitionist Movement.

The scenario of ERLC-supported incrementalists fighting against abolitionist bills played out in Louisiana just prior to this year’s SBC national convention. ERLC leaders, including Brent Leatherwood, rejected abolitionist overtures at the SBC annual meeting and refused to honestly answer for their actions that led to the defeat of Louisiana’s abolitionist bill.

Ironically, Barber accuses Deevers of “selling out to the crass tone of secular politics instead of following the way of Christ”, an act that most accurately describes what the ERLC did in Louisiana and other states. Deevers is merely calling out the SBC for celebrating the promotion of a man who, as interim head of the ERLC, led the opposition to abolition in the state of Louisiana. 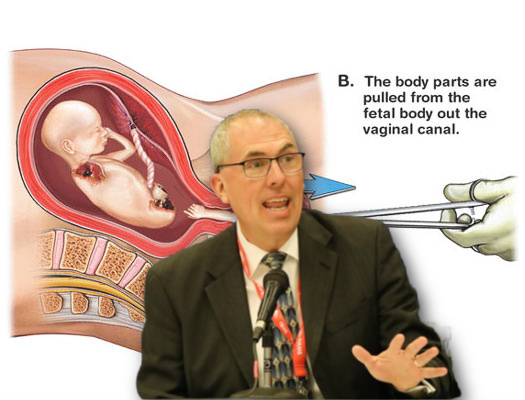 Inspite of Department of Justice Investigation Into the Southern Baptist Convention, Pastors, Brethren and Sisteren Who Have Not Been Involved in the Sexual Abuse...