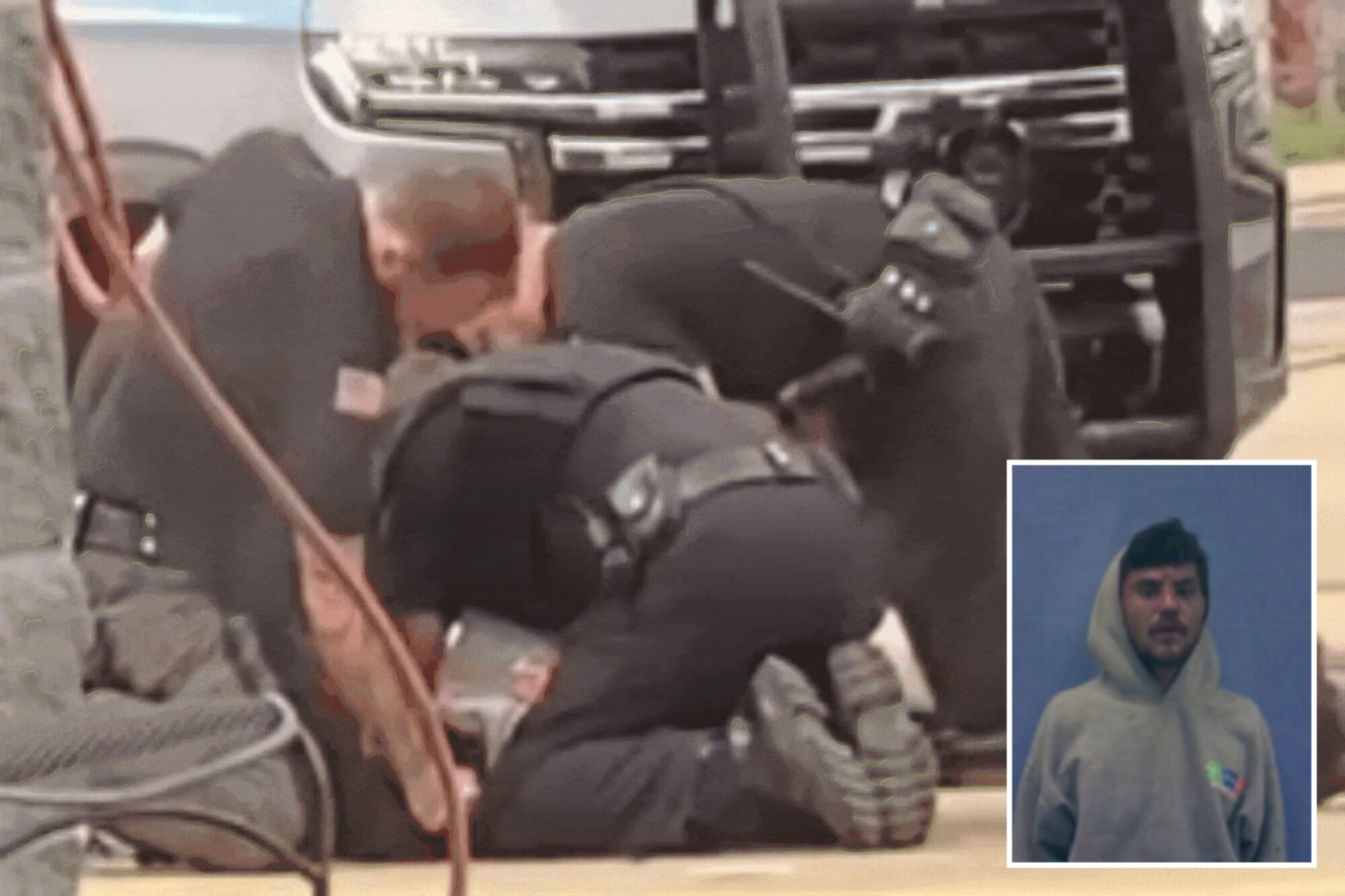 Arkansas authorities on Monday identified three law enforcement officers who seen over the weekend in an online video showing them punching and kicking a suspect while he was on the ground outside a convenience store.

The Crawford County Sheriff’s Office said on Facebook that the two of its deputies, Zack King and Levi White, were involved in the incident as well as Thell Riddle, a police officer from the city of Mulberry.

King and White have been suspended while Mulberry placed Riddle on administrative leave pending an investigation, the agencies said in separate statements.

The sheriff’s office did not disclose the officers ages or their length of service. It is not immediately clear if they have lawyers.

The suspect who was seen being beaten in Arkansas appeared to be white, as were all three officers involved in the incident.

The video, taken by a bystander and shared widely on social media and by news networks, showed an officer punching a suspect in the face as he held his head to the pavement while another officer kicked the man in his legs and midsection.

A third officer was seen holding the suspect down on the ground. The video ends after one of the officers points at the bystander and orders them to stop recording.

“I, like many of you, was shocked and sickened by what I saw,” Mulberry Mayor Gary Baxter said in a statement posted on the city’s Facebook account on Sunday evening.

A series of deadly encounters in recent years, many of them captured on cellphone video, have highlighted what critics brand as a pattern within U.S. law enforcement of using excessive force, especially with people of color.

In two of the best-known cases – George Floyd in Minneapolis and Breonna Taylor in Louisville, Kentucky – the killings have sparked protests around the world in support of racial justice and police restraint.

The suspect, identified as Randall Worcester, 27, of Goose Creek, South Carolina, was taken to a hospital for examination and treatment. He was later released from the hospital and jailed, the Arkansas State Police said in announcing that it had opened a use-of-force investigation.

“We do not know what would happen if that person would not have been videoing … whoever that is I think she could have saved his life,” Worcester’s attorney, Carrie Jernigan, said during a news conference, referring to the unidentified woman who captured the incident on a cellphone video.

The incident began when officers responded to a call to a convenience store in Mulberry, a community of about 1,500 that lies 130 miles (209 km) northwest of Little Rock, the state capital.

Arkansas Family Demands Answers After Eight-Year-Old Son is Burned Across 80 Percent of His Body at White Family’s House and No One Called for...