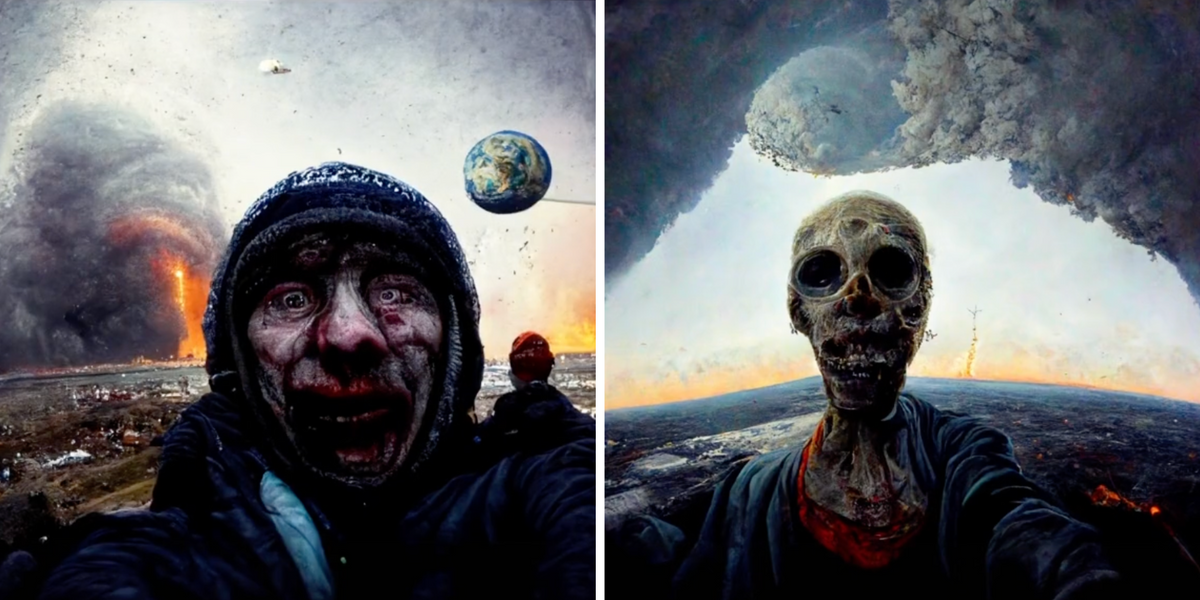 A TikTok account dedicated to asking artificial intelligence disturbing questions revealed what DALL-E AI thinks the last selfie on Earth would look like.

The account asked the AI image generator to show what “the last selfie ever taken” will look like.

Several images were produced and they’re not for the faint-hearted.

They all include mutilated humans holding phones as chaos ensues around them.

DALL-E mini has since changed its name to Craiyon and is in the process of redirecting users to its new website.

The change came to avoid confusion with another AI called DALL-E that was created by OpenAI and can also conjure up unusual images.

Created in 2021, DALL-E is known as a transformer language model that can turn almost any idea into images.