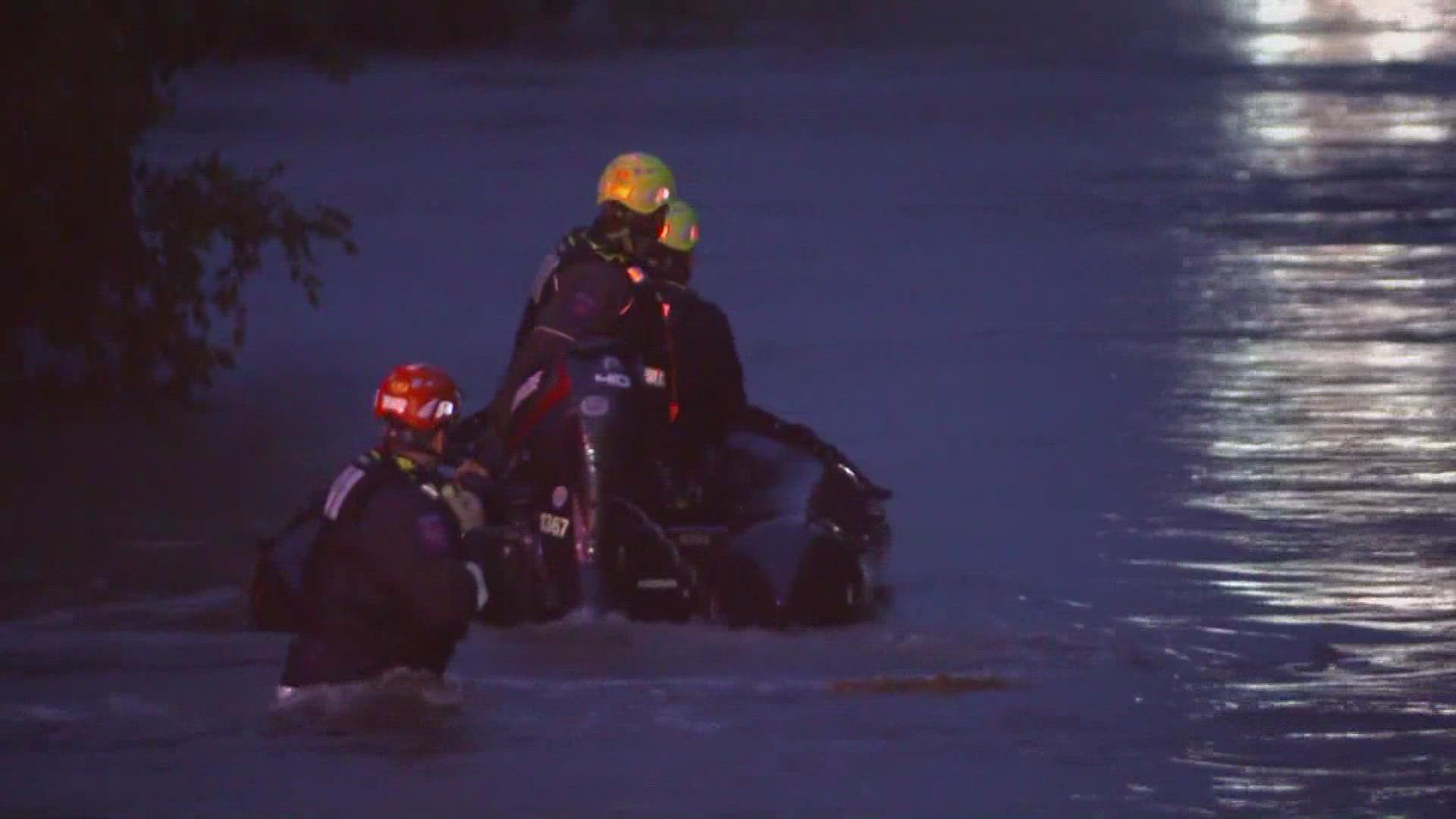 Firefighters in Arlington pulled a man out of a vehicle that was swept away by flash flooding on Friday night, officials say. His condition was unknown on Friday night, but WFAA learned Saturday morning that the man died.

The fire department said it had been searching floodwaters covering a road near Webb Ferrell Road and Hanrahan Avenue in the southern area of the city, near Webb Community Park.

According to family, the victim told them he was stuck, and that water was filling up his car. Crews arrived and began searching the waters.

Crews were able to pull him out of the vehicle, and he was transported to a hospital, officials said. He died at the hospital, according to documents from the medical examiner. The man was identified as 22-year-old Saniel Antonio Singh.

More than 5 inches of rain was measured near the incident site, the National Weather Service reported.