The one-time winner of the Food Network show ‘Worst Cooks in America’ was found guilty of homicide by child abuse and sentenced to life in prison on Thursday.

Ariel Robinson, 30, of Greenville, South Carolina, was found guilty after jurors deliberated for an hour and a half following a four-day trial.

Robinson and her husband Jerry, 35, were arrested in 2021 after the death of their three-year-old foster daughter, Victoria Rose Smith. In April Jared pleaded guilty to aiding and abetting homicide by child abuse.

Police found Victoria unresponsive after responding to a 9-11 call at the Robinson’s house on January 14, 2021. Robinson claimed at the time that the toddler ‘went limp’ after ingesting an excess of liquids, and that she thought the girl had choked.

When asked about other bruises found all over the toddler’s body, Ariel allegedly blamed Victoria’s brother, who the Robinsons also fostered and claimed had ‘anger issues’.

Prosecutors argued that Robinson had in fact fatally beaten Victoria that night.

Greenville County Chief Medical Examiner Dr. Michael Ward testified on Wednesday that the child was beaten so severely that her blood vessels burst. He said that the blood that subsequently collected in her muscles and body fat may have killed her. 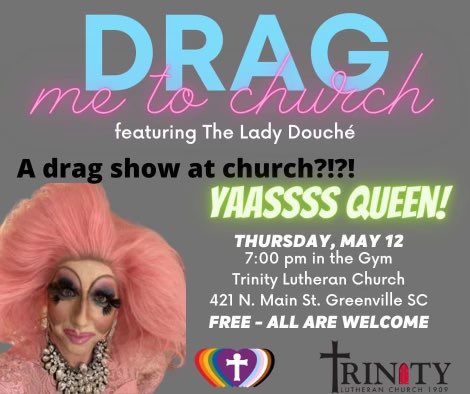 Here We Go and the Devil is a Lie: South Carolina Church Sponsors Drag Queen Event and It’s Called “Drag Me to Church” —...