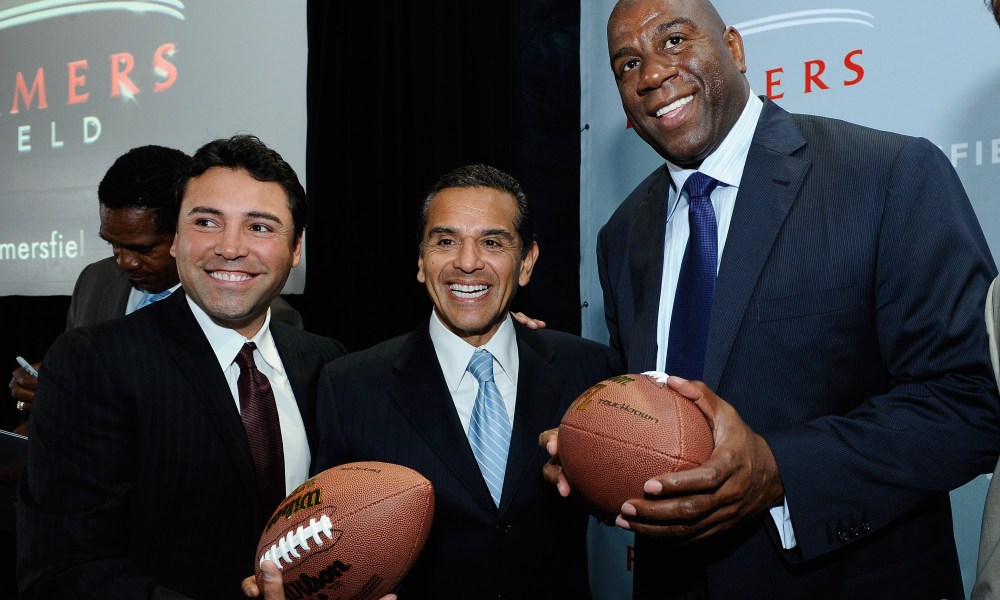 Five-time NBA champion Earvin “Magic” Johnson is joining a group led by Josh Harris that’s bidding to buy the Broncos, according to a report from Scott Soshnick and Eben Novy-Williams of Sportico.com. Harris is a co-owner of the Philadelphia 76ers.

Johnson is already a co-owner of MLB, MLS and WNBA teams. Interestingly, Johnson is part of the Los Angeles Dodgers ownership group with Todd Boehly, who is also leading a group bidding for Denver’s NFL franchise.

The fact that Johnson’s not joining Boehly’s group is presumably a sign that the ex-NBA star believes the Harris group has a better chance of winning the bid. That might be because Boehly is considered the favorite to buy English soccer club Chelsea. If Boehly’s bid for Chelesea is successful, it might be difficult to also pay a record-breaking price for the Broncos.