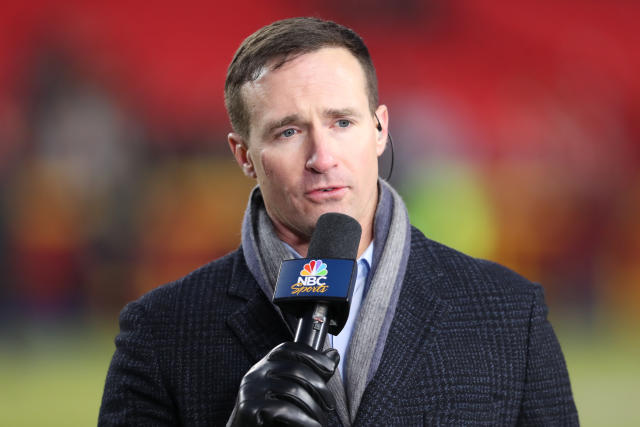 Legendary NFL quarterback Drew Brees will not return to NBC after just one season as a studio and game analyst, according to sources.

The decision seemed mutual as Brees preferred doing games over the “Football Night in America” studio show, and NBC didn’t have many NFL games to offer him. NBC soured on Brees’ potential after originally believing he could develop into the heir apparent to Cris Collinsworth on “Sunday Night Football” games.

On the air, Brees, 43, had an up and down rookie season that was highlighted by a poor performance in his biggest broadcast of the year, the Bengals-Raiders playoff game.

While Brees is done with NBC, there is still a possibility he could end up in an NFL booth next year as Fox still has to fill its top game analyst positions for this year as Tom Brady won’t start until after he finishes playing.