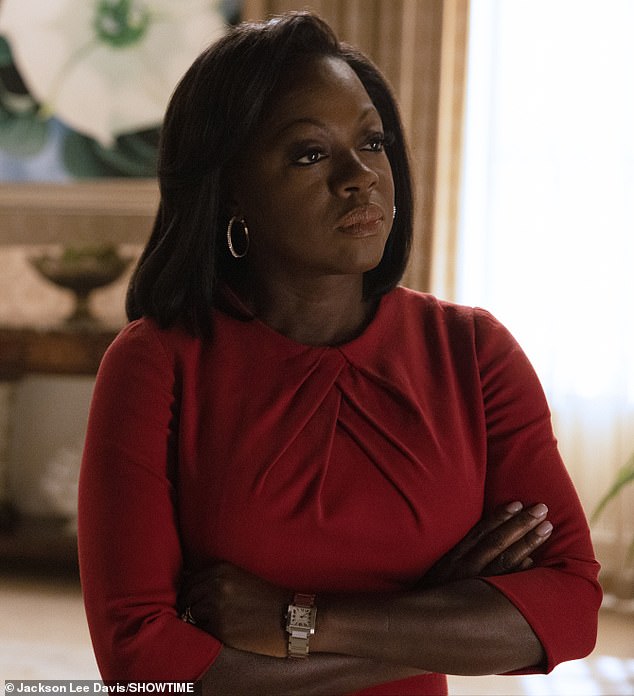 Viola Davis says that it was stressful playing former first lady Michelle Obama, 58, in Showtime’s new series The First Lady — because high expectations come with portraying a person that is beloved by so many.

Davis, 56, took on the role in the ten-part series, which she also produced, but she admits now that she is relieved the production is finish.

‘I’m glad it’s over!’ she said on Monday night’s Jimmy Kimmel Live. ‘I mean, the stress. Because everybody likes — loves — Michelle Obama. They know what she sounds like, they know what she looks like.

‘And I’m like, “I don’t want Michelle Obama calling me, cussing me out.”‘

The First Lady premieres Sunday, but Kimmel and his wife already got a sneak peak — and he sang Davis’ praises on his show.

‘That’s crazy how good you are at this,’ he told her. ‘It’s not just the voice you have down, it’s [also] the walking? It’s crazy how much you became Michelle Obama,’ Jimmy Kimmel said.