Russia and the West are closer to nuclear war than during the Cuban Missile Crisis, the great-granddaughter of Nikita Khrushchev has said.

Nina Khrushcheva, an academic whose great-grandfather was leader of the Soviet Union during the 1962 standoff, warned the conflict in Ukraine is more dangerous because neither side appears prepared to ‘back off’.

Ms Khrushcheva said despite a ‘war of words’ during the period of Cold War brinkmanship, both President John F Kennedy and Khrushchev agreed to de-escalate as soon as there was a real threat of nuclear action.

Speaking on the Today programme, she said it was ‘clear’ the current conflict was a proxy war between the West and Russia in which Ukraine is ‘to some degree a pawn’.

Ms Khrushcheva, a professor of international affairs at The New School in New York, said of the 1962 crisis: ‘What really saved the world at the time was that both Khrushchev and Kennedy, whatever they thought of each other’s ideology and disagreed with it, and didn’t want to give in and blink first, yet when the threat appeared of a potential conflict of any kind they immediately backed off.

‘We are closer to more issues, nuclear, than any other way, because I don’t see today any side, particularly the Russian side, backing off, and that’s what really scares me the most.’

She added: ‘It was clear on February 24 it was a proxy war because it was the negotiations of Ukraine with the United States first of all and then Nato, so that was already a proxy conversation and Ukraine was to some degree a pawn in this relationship.’ 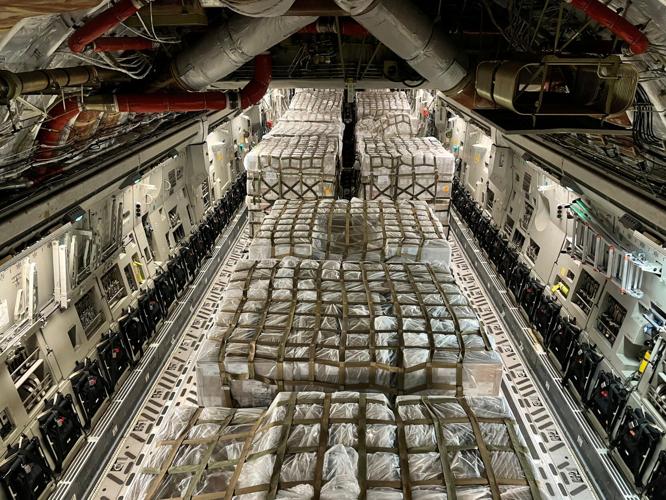 WHO Says 500,000 Ukrainian Refugees Are Experiencing Mental Health Issues Amid War with Russia