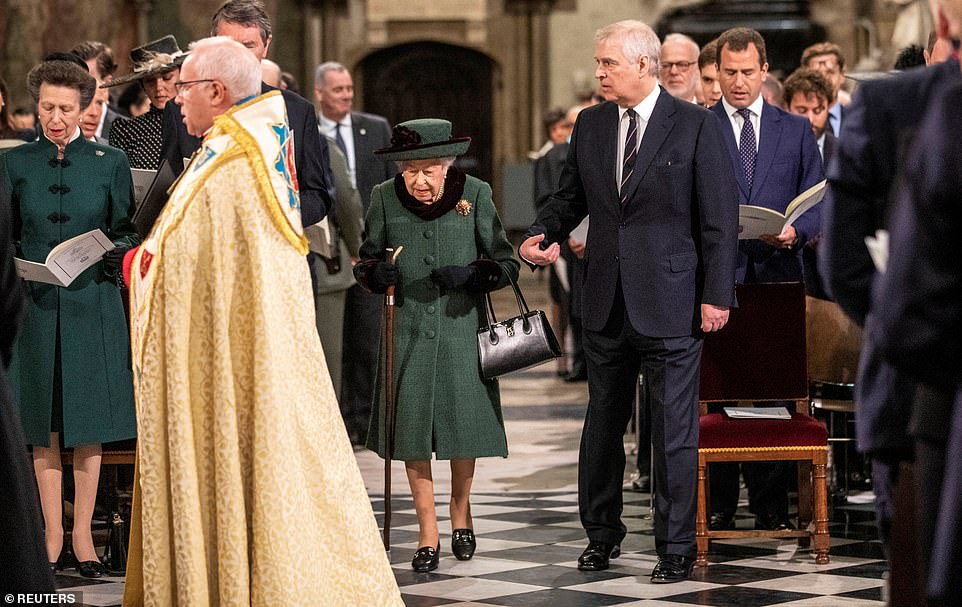 The Queen will ‘certainly not’ take Prince Andrew‘s Duke of York title off him – after councillors in the city voted to strip him of the honour.

Her Majesty, 96, will not remove the title that she gave him over 30 years ago in 1986, Royal sources have claimed.

It came after councillors have voted to strip the Duke of York of his freedom of that city and called for him to have his dukedom removed.

The prince was branded ‘an utter disgrace’ during the extraordinary meeting to debate his Freedom of the City honour, which was awarded to him in 1987. After discussing the motion for around half an hour, councillors unanimously voted to strip him of the title.

His continued clinging to the title Duke of York was described as as ‘stain’ on the city and councillors are now calling on the Queen, Palace or government to step in and strip him of the title if he refuses ‘to do the right thing’ and resign.

The council also noted objections from the public calling for the prince be banned from attending horse racing events in the city. Another said he should be referred to as ‘Andrew Windsor’ in the future.

A source told the Mirror: ‘The Queen certainly will not take any further action in that regard.

‘The Duke of York has stepped back from public life and already had a range of titles and associations removed and Her Majesty’s position has not deviated from that.’

Andrew had been warned in advance that he would be losing the freedom of the city, an honour bestowed on him on February 23, 1987, as a wedding gift to Sarah Ferguson. He is the first person ever to have the Freedom of the City removed, councillors were told. There were two formal abstentions – from the Lord Mayor and Lord Mayor elect.