Jussie Smollett’s release from jail on Wednesday night has spawned a wave of disbelief, outrage and mockery of the entire case against Empire actor, with many considering it the latest episode in a long-running farce that began when he falsely claimed he’d been beaten up.

Smollett was convicted of five counts of felony disorderly conduct in December after a jury found he did lie to police in January 2019 and repeatedly since then by claiming he was attacked up by two white, homophobic Trump supporters in January 2019.

In reality, the men were two black brothers who say Smollett paid them to carry it out in an attempt to raise his celebrity profile. 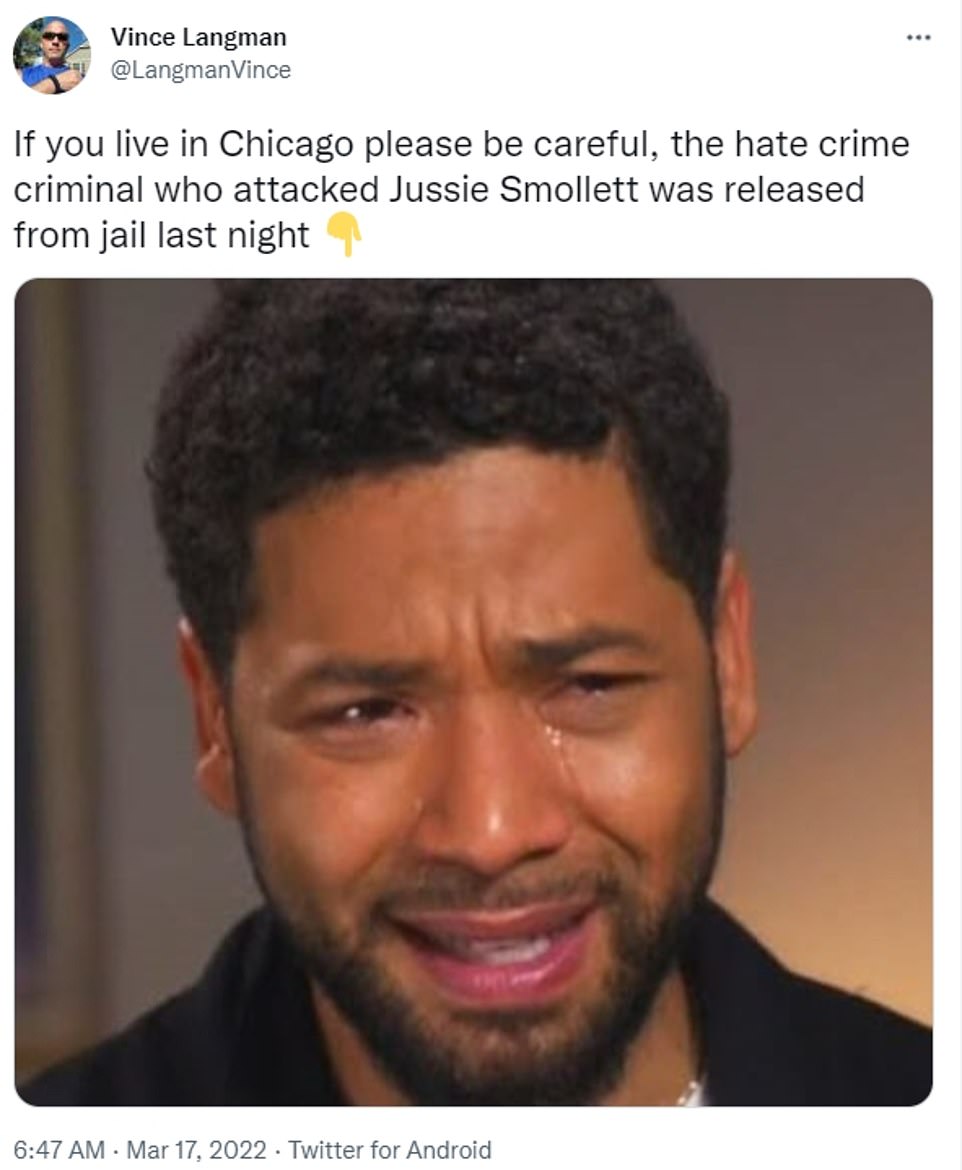 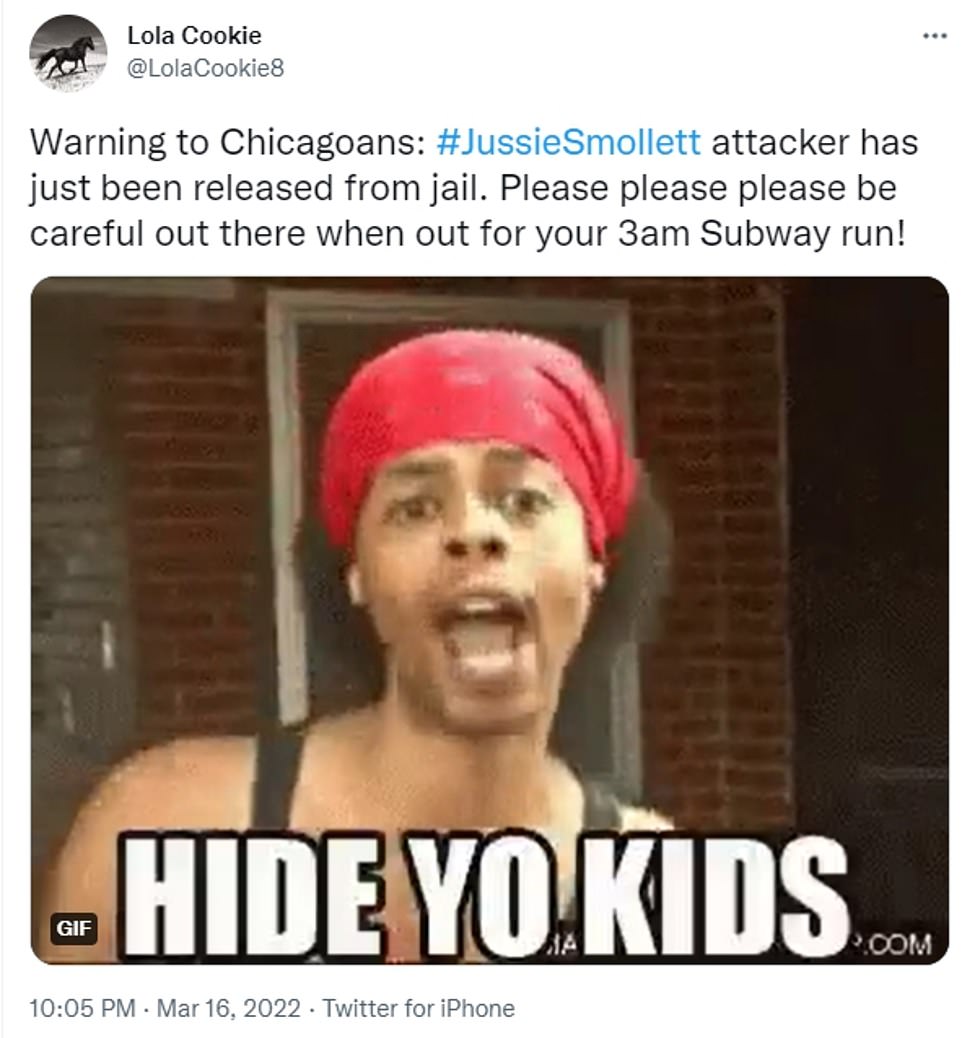 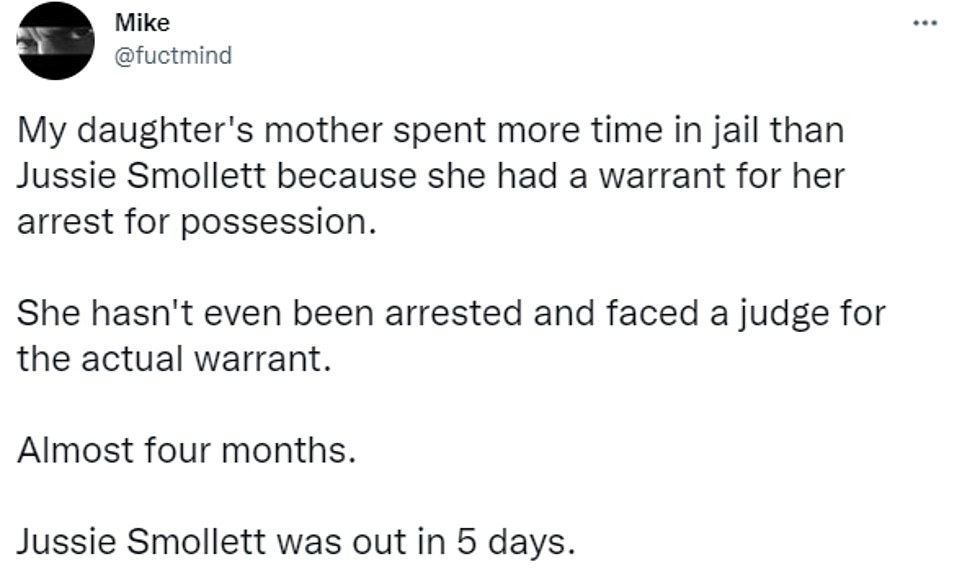 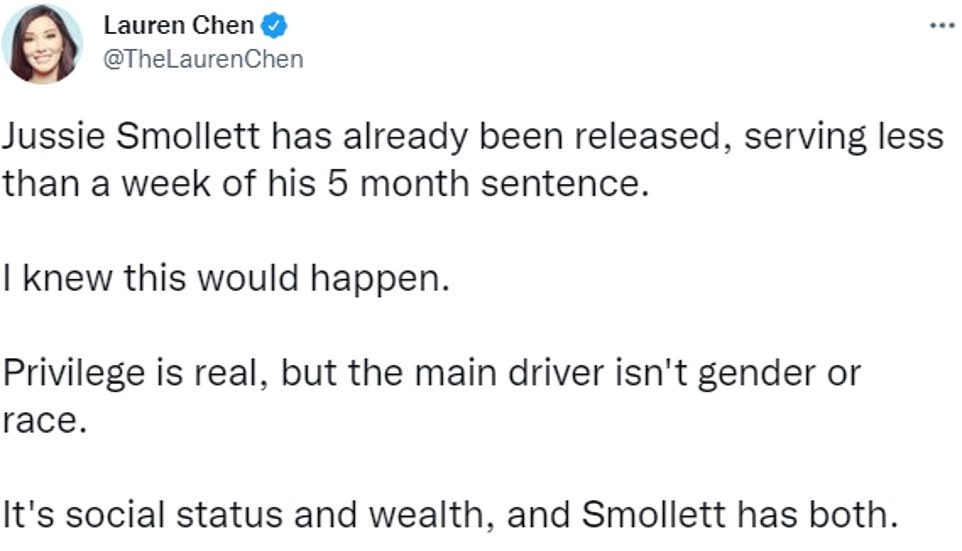 Last week, after an hours-long sentencing hearing where his attorneys begged for the judge not to jail him, Smollett was sent to the Cook County Jail for 150 days.

He protested the sentence, screaming ‘I am not suicidal!’ and ‘if anything happens to me in there I did not do it to myself!’ as he was led away.

In the six days since, his family and legal team have spammed the court and media with reasons for why he should not stay in jail. 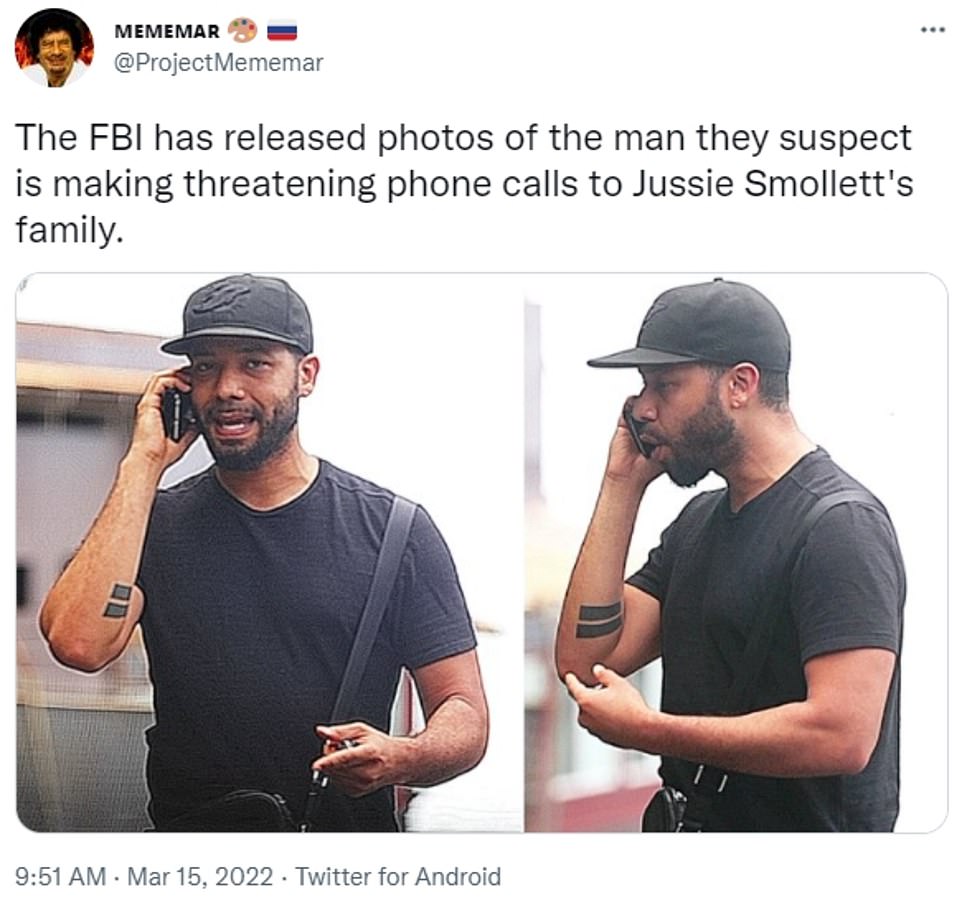 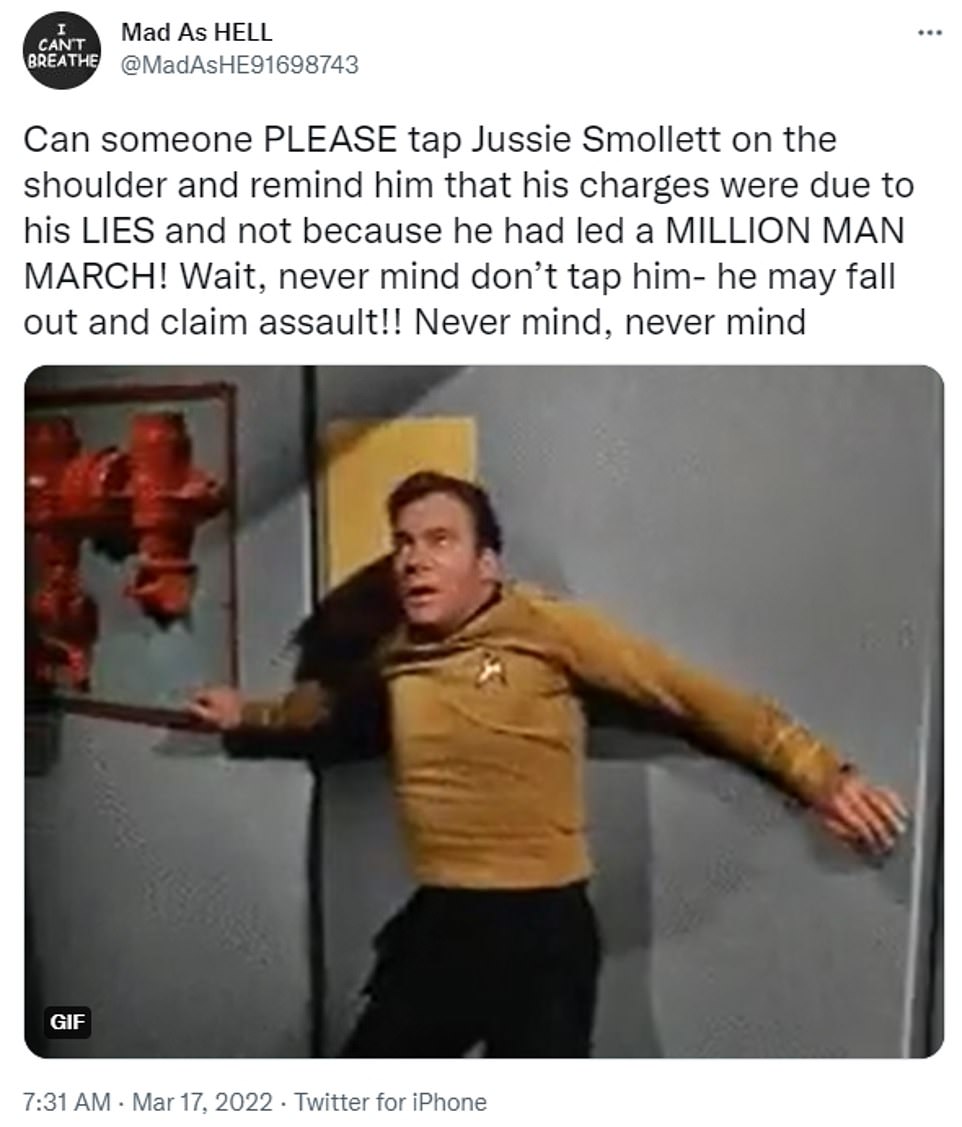 They filed an emergency motion claiming he can’t be in jail because he immunocompromised and at-risk of COVID. They’ve also claimed that he was being restrained to a bed in the psyche ward – which was denied by the jail.

His family also claimed they’d received threatening voicemails from people saying they were going to hurt him, even though he was under protective custody for the duration of his jail term.

On Wednesday night, he was released by an appeals panel that took sympathy on him.

As Smollett recuperated with family on Thursday, social media erupted with memes and jokes about his release.

TOP DOCTOR NICK COATSWORTH EXPLAINS WHY THE MOST DANGEROUS MOMENT OF THE CORONAVIRUS PLAGUE-PANDEMIC IS NOW, AS THE VIRUS SPIRALS OUT OF CONTROL IN...