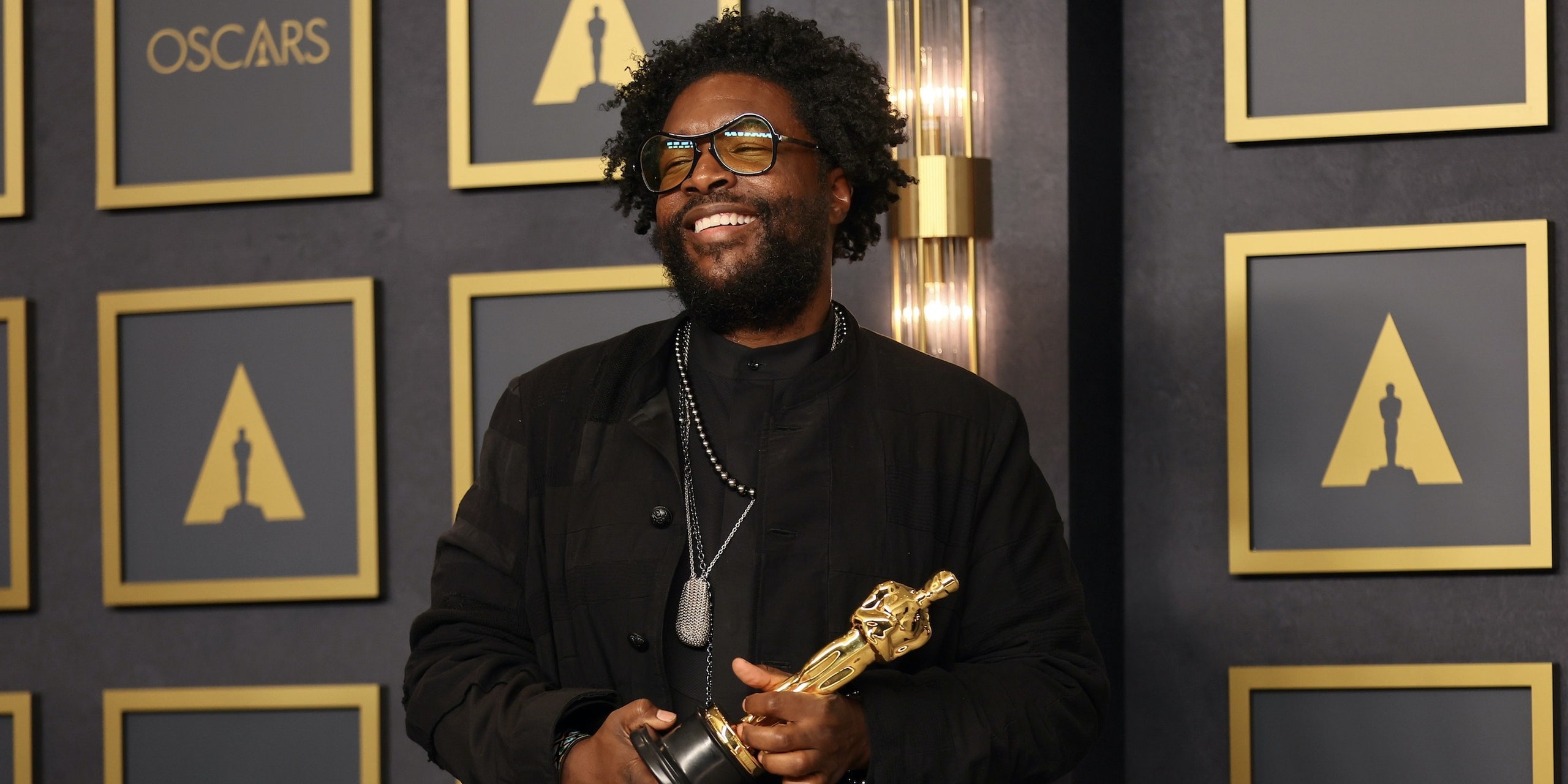 Questlove took home the award for best documentary feature for Summer of Soul (… Or, When the Revolution Could Not Be Televised), beating out fellow nominees including Attica and Writing with Fire. Available for streaming via Hulu, the film details the 1969 Harlem Cultural Festival, which lasted for six weeks and saw performances from the likes of Stevie Wonder, Gladys Knight & the Pips, and Sly and Family Stone, among others.

Questlove gave an emotional speech in which he thanked his parents, getting choked up as he referenced his father, musician Lee Andrews who died in 2016.

“This is about marginalized people in Harlem that needed to heal from pain,” Thompson said in his acceptance speech.

Will Smith Says He Hallucinated a Vision of Losing His Career and Money While on Ayahuasca Drug Trip in David Letterman Interview Filmed Before...