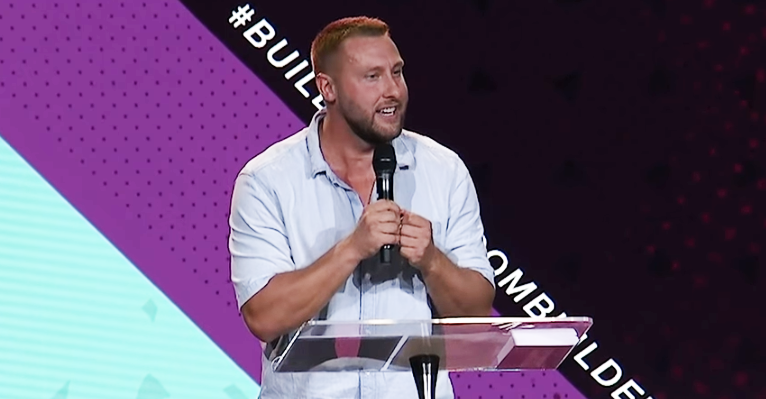 Last year, before Global Senior Pastor Brian Houston resigned from Hillsong he pulled the trigger and shut down Hillsong Dallas, scattering the congregants into the wind in the wake of a series of scandals that plagued the church.

In early January of 2021, Pastor Reed Bogard, who helped found Hillsong NYC and Hillsong LA and was up until this point the senior pastor at Hillsong Dallas, released a short, curt, prerecorded message during the January 3 service announcing that he and his “pastrix” wife Jess were resigning.

It was later revealed that like Hillsong NY, they were using the church to fund their lavish lifestyles, including $1100 a night Air B&B’s and $800 meals. Houston closed the church two months later, telling the congregants in light of these allegations: “while some of you experienced the Bogard’s as dedicated pastors, many others have experienced leadership that failed to meet the commitments and standards of Hillsong Church.”

It wasn’t just all money and financials, apparently. According to David Hardaker of Crikey, who obtained 30-pages of internal Hillsong investigation documents by law firm Zukerman Gore Brandeis and Crossman, who were tasked with investigating this incident last year, Bogard engaged in an extra-marital affair (ie, clergy sexual abuse) back in 2013 when he was a pastor at Hillsong NYC.

A year later, the woman in question, who was a staffer at the church, confessed to a board member that she’d engaged in an affair with Bogard. Hillsong higher-ups investigated the claims, with the report noting that church leadership failed to conduct “any meaningful inquiry” at the time of the incident, with everyone assuming it must have been consensual, despite “a powerful church leader and a young, low-level staff person”.

Despite the sexual encounter being established and known, it was never made public or told to the congregation. It was not disqualifying. Instead, Bogard was promoted from church-planting pastor at Hillsong NYC to Senior Pastor at Hillsong Dallas.

In 2020, the woman came forward with new allegations that their first sexual encounter wasn’t consensual at all, but that Bogard raped her and that she told him “no”. This prompted Hillsong to hire the firm to investigate, who in turn divulge: