Ukrainian officials said a bread factory had been hit by a Russian air strike on Monday as the country’s negotiators assembled for talks with Russian officials after previous rounds that brought no respite in the conflict.

The bodies of at least 13 civilians were recovered from rubble after factory in the town of Makariv in the Kyiv region was hit, local emergency services said. Five people were rescued of the 30 believed to have been there at the time. Reuters was not immediately able to verify the reported attack.

Russia earlier offered Ukrainians escape routes to Russia and its close ally Belarus on Monday after weekend evacuation ceasefire attempts failed. In the besieged southern port city of Mariupol hundreds of thousands of people remained trapped without food and water under regular bombardments.

A Ukrainian negotiator urged Russia to stop its assault on Ukraine, which the United Nations said had sent 1.7 million people fleeing to Central Europe. read more

“In a few minutes, we will start talking to representatives of a country that seriously believes large-scale violence against civilians is an argument,” Ukrainian negotiator Mykhailo Podolyak said on Twitter. “Prove that this is not the case.”

Under the Russian offer, a corridor from the capital Kyiv would lead to Russia’s ally Belarus, while civilians from Kharkiv, Ukraine’s second biggest city, would be directed to Russia, according to maps published by the RIA news agency.

“Attempts by the Ukrainian side to deceive Russia and the whole civilised world…are useless this time,” the Russian defence ministry said after announcing the “humanitarian corridors”.

“They are citizens of Ukraine, they should have the right to evacuate to the territory of Ukraine,” the spokesperson said.

A day earlier, Reuters journalists had witnessed people trying to flee the town of Irpin near Kyiv getting caught in Russian shelling.

On Monday people picked their way over the twisted ruins of a large bridge in Irpin, with river water rushing just beneath them.

“It’s like a disaster. The city is almost ruined and the district where I’m living (there are) no houses which were not bombed,” a young woman leaving with her children told Reuters.

Russia denies deliberately targeting civilians. It calls the campaign it launched on Feb. 24 a “special military operation” to disarm Ukraine and remove leaders it describes as neo-Nazis. Ukraine and its Western allies call this a transparent pretext for an invasion to conquer a nation of 44 million people.

Western nations have placed heavy sanctions on Moscow to isolate it from global commerce and are now considering banning Russian oil imports. Oil prices spiked to their highest levels since 2008 amid the prospect of less supply from Russia, the world’s biggest exporter of oil and gas. read more

International businesses and sports bodies have suspended ties, and wider economic disruption is likely as Russia and Ukraine are both among the world’s main exporters of food and industrial metals. read more

Prices of nickel, which is used to make stainless steel and batteries for electric vehicles, surged about 60% on Monday and have now nearly doubled since Russia invaded Ukraine on Feb. 24.

The general staff of Ukraine’s armed forces said Russian forces were “beginning to accumulate resources for the storming of Kyiv”, a city of more than 3 million, after days of slow progress in their main advance south from Belarus.

Ukraine said 2,000 civilians had been evacuated from Irpin, where Reuters journalists on Sunday saw people running for their lives and diving for cover as explosions burst and flames shot up into the sky. Panting with exhaustion and shock, they were helped onto busses by Ukrainian troops.

Orlov told CNN authorities were ready to evacuate 6,000 people on Saturday but the Russians had bombed 29 big municipal buses that were to transport them. Moscow has accused the Ukrainians of blocking the planned evacuations.

Ukraine said on Monday its forces had retaken control of the town of Chuhuiv in the northeast, site of heavy fighting for days, and of the strategic Mykolayiv airport in the south, which the regional governor said was under tank fire. Neither claim could immediately be verified.

The United Nations called for safe passage to reach people cut off from lifesaving aid across Ukraine. In a humanitarian update it described one psychiatric hospital 60 km (40 miles)from Kyiv running out of water and medicine with 670 people trapped inside, including bedridden patients with severe needs.

The World Health Organization said at least six people had been confirmed killed in nine attacks on health care facilitaties since the start of the war. read more

Ed Arnold, an analyst with Britain’s Royal United Services Institute said Russia would need to try to consolidate the gains it has already made and pause to mobilise more forces unless the pace of its assault picked up.

“At the current rate of Russian losses … we do have indications that this operation would be unsustainable within about three weeks,” he said.

While Russia’s advance in the north on Kyiv has been stalled for days with an armoured column stretching for miles along a highway, it has made more progress in the south, pushing east and west along the Black and Azov Sea coasts.

Moscow has acknowledged nearly 500 deaths among its soldiers, but Western countries say the true number is much higher and Ukraine says it is many thousands.

Death tolls cannot be verified, but footage widely filmed across Ukraine shows burnt-out wreckage of Russian tanks and armour, and parts of Ukrainian cities reduced to rubble by Russian strikes. 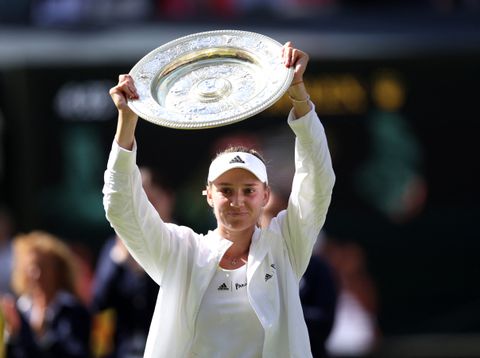