The clashes erupted after Israeli forces rolled into Silat al-Harithiya village near Jenin to destroy homes of two Palestinian detainees accused of opening fire at a car traveling near a West Bank settlement outpost and killing a settler in December.

Earlier in Jerusalem, unrest took place in Sheikh Jarrah, a flashpoint neighborhood where clashes last year helped spark an 11-day war between Israel and Hamas militants in the Gaza Strip.

Dozens of Palestinian families in Sheikh Jarrah and other east Jerusalem neighborhoods are at risk of eviction by Jewish settler organizations, and tensions between the sides often escalate to violence.

The latest unrest erupted after a settler’s home was torched over the weekend. Itamar Ben-Gvir, an ultranationalist lawmaker, responded to the fire by setting up a makeshift office early Sunday near the home of a family facing possible eviction. Palestinians moved in on Ben-Gvir’s tent, throwing plastic chairs in the afternoon and scuffling with his supporters.

The Palestinian Red Crescent medical service said 14 Palestinians were wounded, including four people shot with rubber bullets. Explosions from stun grenades used by police to disperse crowds could be heard during the evening.

Ben-Gvir, a follower of a radical rabbi who called for the expulsion of Arabs from Israel, accused police of using “extreme brutality” against his followers. He said he would spend the night in the area “so they will learn.”

Israel captured east Jerusalem, along with the West Bank and Gaza Strip, in the 1967 Mideast war. It later annexed east Jerusalem, home to the city’s most sensitive holy sites, in a move that is not recognized by the international community.

Israel considers the entire city to be its capital, while the Palestinians claim east Jerusalem as the capital of a future state. The city’s fate is one of the most divisive issues in the century-old conflict. 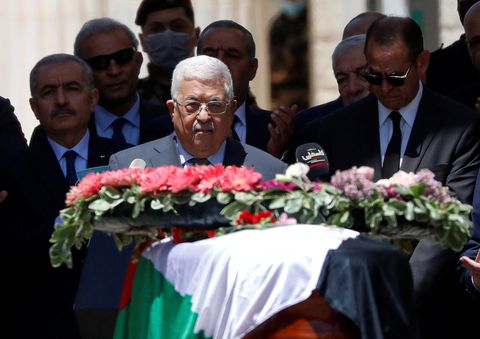