According to Faithwire, An organization that serves persecuted Christians across the globe is implementing a “prayer boycott” as the 2022 Winter Olympics kick off Friday in Beijing. With diplomatic embargoes and angst surrounding China’s human rights abuses, The Voice of the Martyrs (VOM) calls Christians to pray for Chinese citizens suffering persecution at the hands of a brutal communist regime. Through PrayForChina2022.com, VOM records thousands of people’s pledges to offer invocations for Chinese Christians. The website also offers prayer tips and information on minority groups under siege by the repressive government. From imprisoned pastors to concentration camps housing more than one million Uyghur people, the Chinese Communist Party’s (CPC) atrocities are becoming an ever-glaring and tragic issue on the international stage. “For the CPC, the issue is control. They want to control the hearts, minds, and bodies of China’s people, and they know the Gospel is a direct threat to their ability to control,” VOM spokesman Todd Nettleton told Faithwire. “If a person wakes up each morning thinking about how they can glorify God, then they aren’t waking up thinking about how they can be a good communist, which is what the party wants.” “The first thing that persecuted Christians ask us to do is to pray for them, and we know prayer makes a difference,” Nettleton told Faithwire of his group’s reason for the prayer effort. “I’ll never forget what a Vietnamese pastor said to one of my VOM colleagues: ‘When you pray for Vietnam, you are working with us in Vietnam.’” VOM encourages believers to pray for imprisoned believers, for the safe delivery of Bibles, and those standing up for the Gospel amid difficult sociopolitical terrain, among other issues. Nettleton said he and the VOM team hope that Olympic media coverage helps serve as a “constant, daily reminder” for Christians to stand in solidarity and prayer with fellow believers who are under fire.

According to Mission Network News, Amnesty International, a human rights organization, says laws and practices in Israel towards Palestinians amount to apartheid. That’s a volatile word, but what does it mean? Jonathan Kuttab with Bethlehem Bible College is an international human rights attorney. He says, “International law (in three different conventions) has a clear definition of what constitutes apartheid as a crime. One of them, of course, is separation, creating a system of separation for one group from the others.” An apartheid system also uses laws to give one group the upper hand over another. Israel denied these charges, saying they originate from antisemitism. Kuttab says it’s important to distinguish between the Israeli government and the Jewish people. “We oppose antisemitism, and we also oppose racism. We oppose it because God loves everybody. Because we are created in the image of God. Jesus came to destroy the distinction between Jew and Gentile, male and female, master and slave. Jesus came to bring us all together.” Pray for Palestinian Christians. They live in difficult conditions, but they have a strong love for Jesus. And ask God to bring peace and break down walls in Israel and Palestine.

According to Mission Network News, Indonesia will move its political capital from Jakarta on the island of Java and build a new city on the island of Borneo. The new capital now under construction will receive the name “Nusantara” which means, “archipelago.” The city could be ready by the end of 2024. Bruce Allen with Forgotten Missionaries International says, “When Jakarta was designed, it was only designed to handle a few million people. The plan that has been talked about for many years was that they would divide the capital in two. The administrative, or the political side of the capital, would move to a totally different island, and yet the economic capital would remain in Jakarta.” The new capital city will be built in an area that holds very little population right now. But the new city will bring an influx of people. That’s an opportunity for local churches, Allen says. He recently spoke to FMI partners on Borneo. “They’ve noted that new mosques are already being built in this area before a lot of people even arrive. The Muslim majority, they’re preparing for this influx of population. Yandi, our Director of Partnerships on the island, is saying we need to do the same thing. We need to have the church planters there now. We need to be fortifying what exists right now in what is a rural area, soon to become an urban area.” People will flock to the new capital from islands and cultures across Indonesia. Pray for a strong Christian presence in the city.

According to Mission Network News, An international Deaf Ministry Coalition is bridging communication and information gaps in the mission field and on the home front. “That primary group grew out of a conference called Finishing the Task back in 2019 when there was a real emphasis and a highlight on Deaf ministry,” DOOR International’s Rob Myers says. “It became clear that there needed to be a platform for Deaf ministries to work together more broadly, as well as for Hearing organizations to get information about Deaf ministry.” Deaf believers laid the initial plans for this coalition in January 2020. But then along came a pandemic, and priorities had to shift. Now, with systems restored and needs under control, Deaf leaders can put their plans into action. “The hope is for the DMC to begin a website, as well as a Facebook page, to provide some best practices, basic information, and give people an opportunity to network together,” Myers says. Explaining how the system would work, Myers says: “If one ministry organization is working in a particular country and they’d like to know about Deaf resources or Deaf people working [in the same] country, they can reach out, get that information, and connect to a local ministry.” The Deaf Ministry Coalition seeks to inform and connect believers across all areas of Deaf ministry: evangelism and discipleship, church planting, leadership development, youth ministry, etc. Plus, the DMC takes a global approach, whereas regional alliances serve a specific audience.

According to Assist News Service, A team of chaplains with the Billy Graham Rapid Response Team (BG-RRT) deployed to Memphis, Tennessee, to provide emotional and spiritual support after a devastating ice storm. Memphis Mayor Jim Strickland declared a state of emergency as this fierce winter storm knocked down trees, damaged houses and left thousands without power. “As we learn of the many lives impacted because of this ice storm in Memphis, our hearts are heavy for those who have had great loss,” said Josh Holland, assistant director of the BG-RRT. “Our crisis-trained chaplains are there in the midst of this tragedy to provide emotional and spiritual care as the area begins the recovery process.” BG-RRT chaplains are now serving in three locations across the country after various natural disasters. Chaplains are also providing emotional and spiritual support in: Boulder County, Colorado, after massive wildfires raged throughout the area; and in Houma, Louisiana, where they have been since Sept. 1 after Hurricane Ida devastated the area.

According to Mission Network News, Heavy rains and flooding have killed at least three people in Haiti. The northern parts of the country suffered the worst weather. In Cap Haitien, the city center filled with water. Eva DeHart of For Haiti with Love says, “Cap Haitien had three straight days of nonstop, heavy rain. The city sits basically on the seashore. So the rain had no place to go. There was massive flooding. Homes were flooded and the schools were closed.” “Even some of the churches were closed. And in Haiti, that is a really big deal.” Vehicles can’t go anywhere because the water is too deep. DeHart says water is running down from the mountains, carrying mud, debris, and even garbage. “The mountains were so saturated that the trees were just bending over and their entire root ball was coming out of the ground. So any protection the mountain was getting from the trees is now gone because they’re lying on their sides.” A boulder rolled down the mountain, damaging a house. For Haiti with Love has been treating injured from that house and many others. “They know that the clinic is based on the Gospel and that that they can find comforting words of God in addition to the physical comfort from the medical care.” DeHart says natural disaster aid to the North tends to move more slowly. Pray aid will reach the area soon.

According to Mission Network News, SAT-7 ACADEMY has announced a new partnership with the ministry Heart For Lebanon. SAT-7 will bring the primary education program My School to Syrian refugee students. It’s all part of the goal to overcome poverty through education. John Frick with SAT-7 says, “SAT-7 is providing four years’ worth of educational programming for the younger ages: kindergarten through third grade. Heart For Lebanon will implement this curriculum with kids who are just not able to go to any of the schools, even the ones Heart For Lebanon is putting together.” Children attend the My School programs three days a week at Heart For Lebanon’s two centers in the Bekaa Valley and in Southern Lebanon. They primarily learn Arabic, English, and Math. The program has already changed the trajectory of many children’s lives. Some lived in suspicion of teachers, even throwing rocks at them as they approached. Now they have hope for the future. Education is so important for these kids, Frick says. That’s what fueled the partnership. “Conversations began probably six months, maybe a year ago about this. The question was: how can SAT-7 come alongside and serve or complement what Heart For Lebanon was doing on the ground? It came to this opportunity for SAT-7 to share programming.” Pray this ministry will clearly display the love of Jesus for all people. 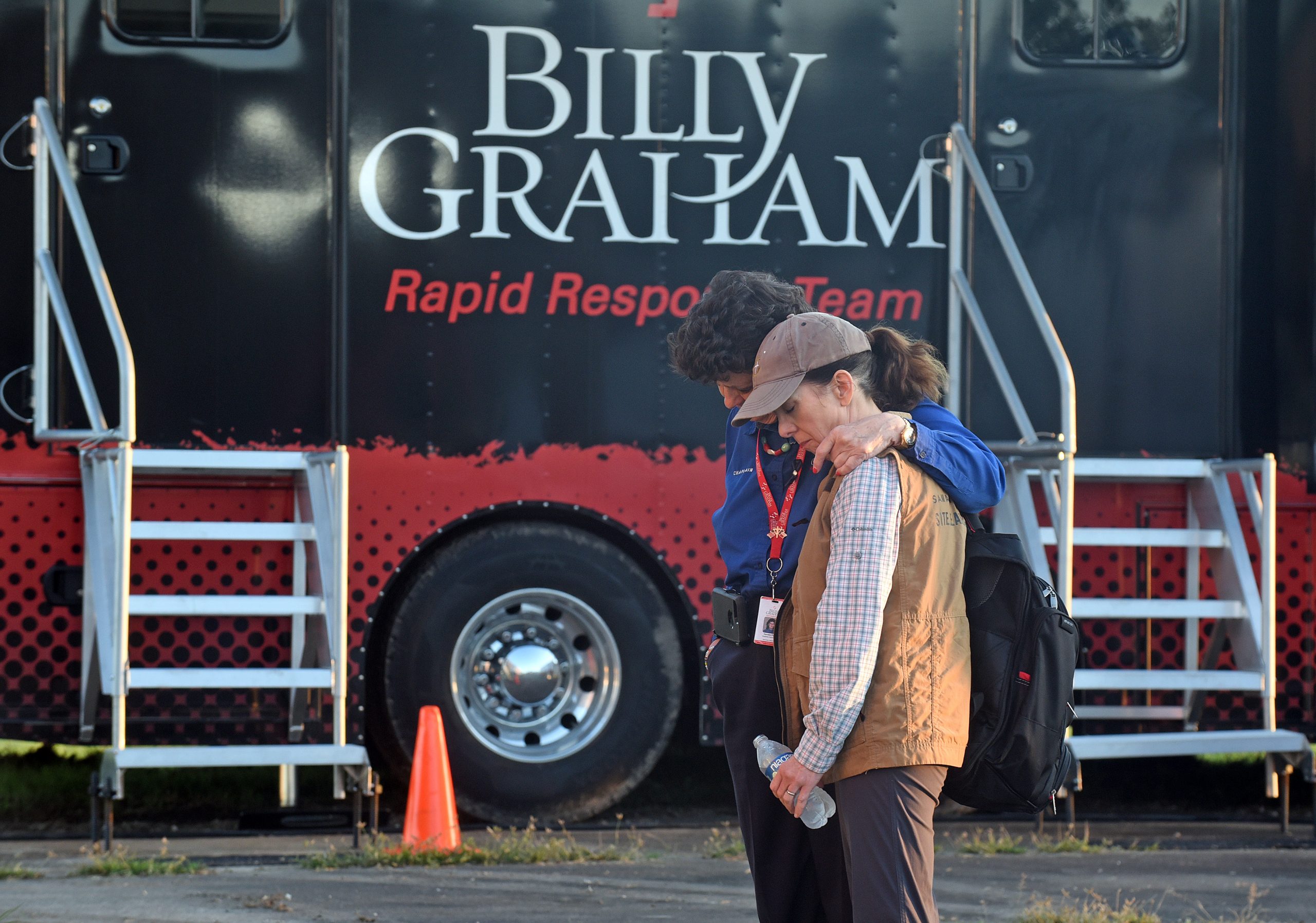