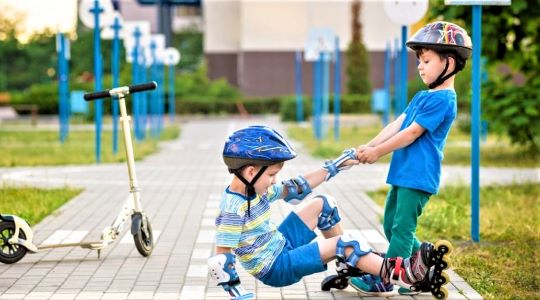 Tears streamed down my cheeks as I watched a major news program end its broadcast on a positive note. After all the negative news, this major network tries each day to find something uplifting to share with their audience. Acts of kindness and charity are always a part of each segment.

That day’s encouraging video was about a high school basketball team manager at Lake Hamilton High School in Pearcy, Arkansas. Andy Tollison, a special needs student, helps run the clock, folds towels in the locker room, fills water bottles, and revs up the team before each game.

On the day of the team’s final game of the year, the coach invited Andy to participate, along with the rest of the seniors who were starting that night. Andy was surprised when the coach announced he would be playing and was given jersey number 10. Andy, as you can imagine, smiled as his teammates clapped and cheered. That, however, wasn’t the end of the story.

What Our Stories Reveal

Andy’s teammates treated him as a fellow player on the court. They gave him the ball, but he missed the first time. However, that didn’t deter his peers from letting him try again. On his second try, Andy scored a three-pointer for his team.

However, it was the kindness of the opposing team that was not only stunning but heart-warming. In a world where there is so much ugliness, one of the losing team players handed the ball to Andy. Not once, but twice. And Andy scored two more three-pointers.

By this time, even the fans from the opposing team were cheering for him. When the final buzzer sounded, players from both teams ran onto the court to surround and celebrate with Andy.  His coach said, “Andy is an inspiration to us all. He’s taught us that if you put your mind to something, anything is possible.”

More than 4 Million Kenyans Face Starvation Due to Drought