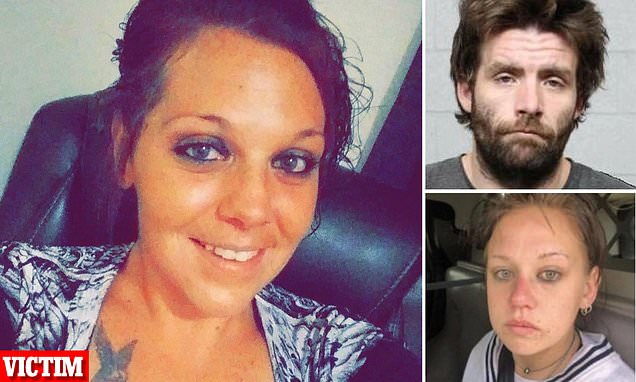 Sarah Maguire, 29, (left) was found dead in her Tulsa home Tuesday after being beaten to death with a crowbar by Nicholas Johnson, 28, (top right) and Brinlee Denison, 25 (bottom right). The suspects were arrested on Wednesday at a Whataburger in Arkansas after they were found sleeping in Maguire’s car. The couple allegedly admitted to Maguire’s slaying, with Johnson citing jealousy as his motive to kill. He also accused Denison of assisting in the planning of Maguire’s death, as well as the theft of her vehicle and credit cars. Denison was also accused of disposing of the clothes the pair wore during the murder as they fled the state.