My first thought when I saw the news that the Queen had cut Prince Andrew loose and effectively cancelled her second son was, ‘What do the Royal Family know that we don’t?’

I simply couldn’t understand why, having stuck by him this far, and especially in the wake of that disastrous Newsnight interview in 2019, she would withdraw her support like this.

After all, no one really thought his lawyers’ attempts to have the case thrown out would work. It was only ever going to be a legal long-shot, and Judge Kaplan’s ruling last week, while typically bombastic and headline-grabbing, was entirely expected.

Perhaps it had something to do with the Ghislaine Maxwell verdict. She has now given the green light for the identities of the eight ‘John Does’ cited in an earlier civil case brought against her by Virginia Giuffre in 2015 to be revealed.

There has been widespread speculation about the identity of these men, ranging from Bill Clinton to Donald Trump to a ‘well-known Prime Minister’.

Given Prince Andrew’s friendship with Jeffrey Epstein, it is not inconceivable that his name could also be in the mix.

Then again, none of the men is accused of any wrongdoing, while Prince Andrew emphatically is.

So how could it make much of a difference? Was there, I wondered, some terrible photograph? Andrew has argued that the famous one of him and Giuffre, supposedly in Maxwell’s flat, isn’t real.

I’ve always thought her arm looks squiffy and never put much stock in it because, even if it is genuine, what does it actually prove?

Just because two people are photographed together doesn’t mean there’s any intimacy between them, consensual or otherwise. I wondered if the Royal Family had had sight of something more obviously damning.

My imagination ran wild with unsavoury visions, including that of the poor Queen having to confront the unimaginable. In reality, though, the truth is far less conspiratorial and complex.

There are two reasons why she has done what she has done, and both speak to her loyalty and duty to the crown she wears.

Shamed Andrew ‘Has Been Lobbying the Queen’ to Reinstate him as Colonel of the Grenadier Guards and ‘Wants His Royal Highness Status Restored and...

The Truth of the Matter Is, Prince William and Princess Kate Have Done a Wonderful Job Raising their Children in the Limelight but Little... 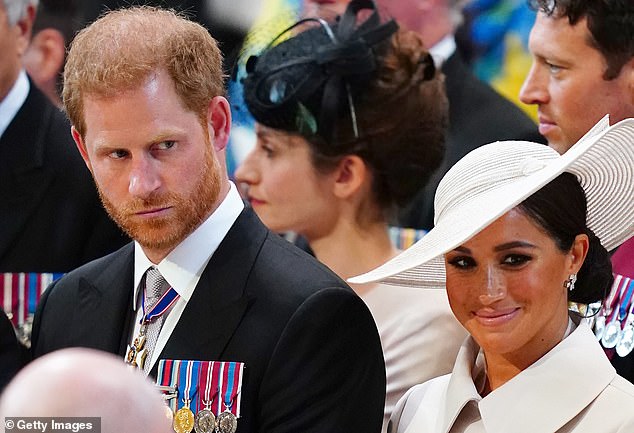 Dan Wootton Says, The Glorious Jubilee has Shown the Gulf Between the Sussexes and the Royals is Larger than Ever, Leaving Harry and Meghan...