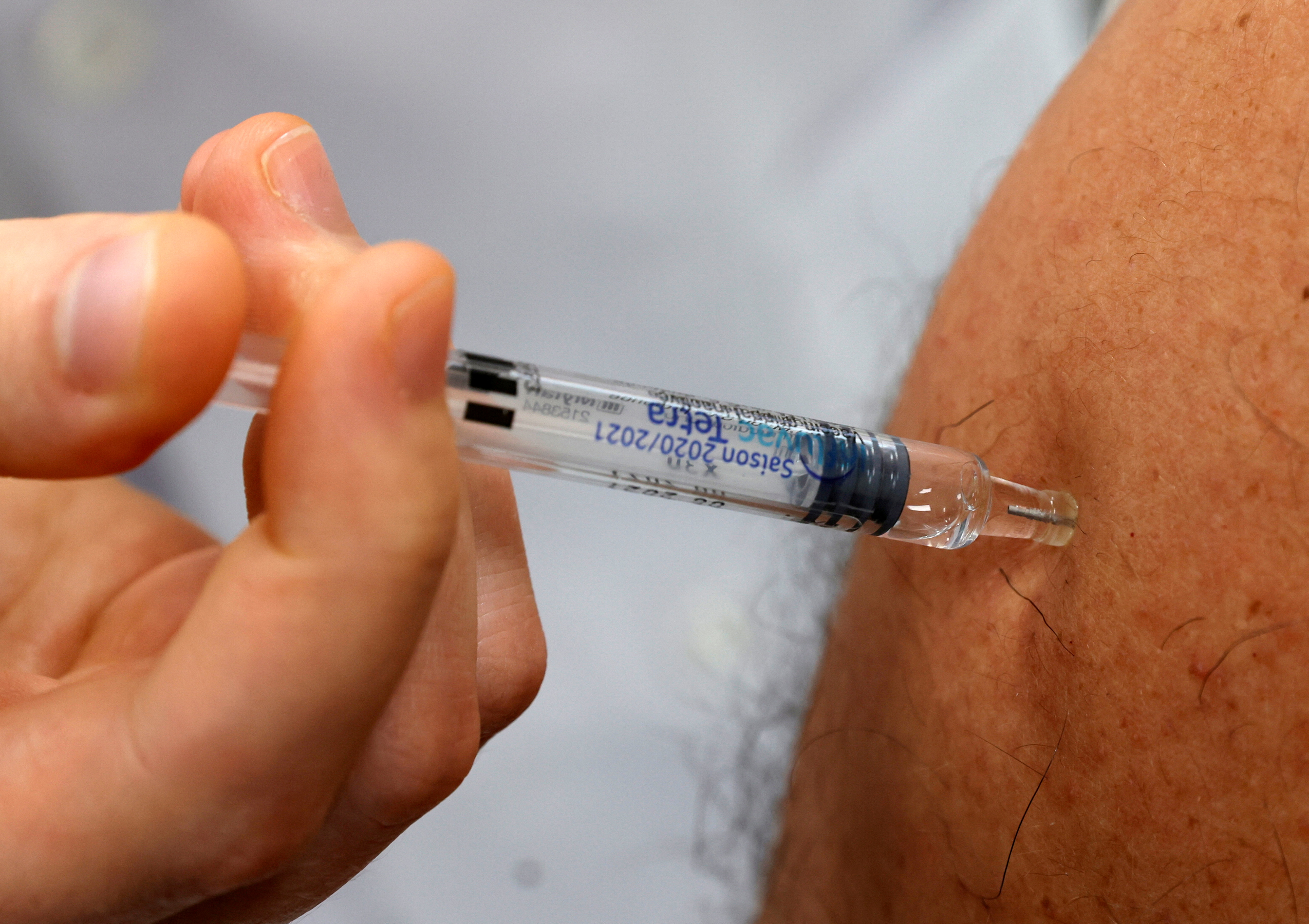 BRUSSELS, Jan 17 (Reuters) – Influenza has returned to Europe at a faster-than-expected rate this winter after almost disappearing last year, raising concerns about a prolonged “twindemic” with COVID-19 amid some doubts about the effectiveness of flu vaccines.

Lockdowns, mask-wearing and social distancing that have become the norm in Europe during the COVID-19 pandemic knocked out flu last winter, temporarily eradicating a virus that globally kills about 650,000 a year, according to EU figures.

But that has now changed as countries adopt less strict measures to fight COVID-19 due to widespread vaccination.

Since mid-December, flu viruses have been circulating in Europe at a higher-than-expected rate, the European Centre for Disease prevention and Control (ECDC) reported this month.

In December, the number of flu cases in European intensive care units (ICU) rose steadily to peak at 43 in the last week of the year, ECDC and World Health Organization data show.

That is well below pre-pandemic levels – with weekly flu cases in ICUs peaking at over 400 at the same stage in 2018, for example.

But it is a big increase on last year, when there was only one flu case in an ICU in the whole of December, data show.

The return of the virus could be the start of an unusually long flu season that could stretch well into the summer, the ECDC’s top expert on influenza Pasi Penttinen told Reuters.

“If we start to lift all measures, the big concern I have for influenza is that, because we have had such a long time of almost no circulation in the European population, maybe we will shift away from normal seasonal patterns,” he said.

He said dismantling restrictive measures in the spring could prolong the circulation of flu far beyond the normal end of the European season in May.

A “twindemic” could put excessive pressure on already overstretched health systems, the ECDC said in its report.

In France, three regions – including the Paris region – are facing a flu epidemic, according to data published by the French health ministry last week. Others are in a pre-epidemic phase.

This season, France has so far recorded 72 serious cases of flu, with six deaths.

Further complicating matters, the dominant flu strain circulating this year appears so far to be the H3 of the A virus, which usually causes the most severe cases among the elderly.

Penttinen said it was too early to make a final assessment of flu vaccines because a larger number of ill patients was needed for real-world analyses. But lab tests show the vaccines available this year “are not going to be optimal” against H3.

That is largely because there was very little or no virus circulating when the vaccines’ composition was decided last year, making it harder for vaccine makers to predict which strain would be dominant in the coming flu season.

Vaccines Europe, which represents top vaccine makers in the region, acknowledged the strain selection was made more difficult by very low flu circulation last year, but added there was not enough data yet to assess the effectiveness of this season’s shots.

Flu vaccines are adapted every year to make them as effective as possible against ever-changing flu viruses. Their composition is decided six months before the flu season kicks in, based on circulation of viruses in the opposite hemisphere. That gives time for drugmakers to develop and make the shots.

Europe-wide data on flu vaccine uptake is not yet available. But national figures for France show coverage is not as broad as authorities hoped for.

The authorities there extended by one month the vaccination period to the end of February to boost inoculations. According to figures released last week, 12 million people have so far been vaccinated, about 45% of the targeted population.

“There is still a large room for improvement to limit the impact of the flu epidemic,” the health ministry said in a statement on Jan. 11. This year’s target is to vaccinate 75% of people at risk.

Vaccines Europe said the industry had supplied large numbers of flu shots, despite the strain on production facilities posed by the pandemic.