Welcome to the Whyte House Family Spoken Novels podcast: Holiday Edition episode #76. Today we are reading chapter 19 of the book “I’m Dreaming of a Black Christmas” by Daniel Whyte III with Meriqua Whyte.

Cassandra and Grant Lee were spending the Thanksgiving through New Year holidays with her parents as had become their tradition since moving out to be on her own. They had just finished watching the Oakland Raiders play another game.

“I’m going to play on a great football team like the Raiders one day,” Grant Lee said.

Cassandra tousled his hair. “I know you will,” she said. Grant Lee did not yet know who his father was. Cassandra did not feel the need to tell Grant Lee that Grant Barnett was his father since he was not around. She had not heard from Grant for over twelve years, and she did not want to disappoint Grant Lee by getting his hopes up.

“Oh, you don’t want to be a football player,” his grandmother said to him. “It’s too dangerous. Do you know how many players have gotten hurt playing that sport?”

“Oh, Grandmother, you worry too much,” Grant Lee said hugging his grandmother. “I’ll run so fast they couldn’t tackle me.”

“Which reminds me,” Cassandra said, “you do have another practice tomorrow after school.”

“What? You never told us he had started playing. You kind of tossed it out as a possibility, but I thought you all had changed your mind,” Natalie said.

“Yes, I signed him up in the middle of Spring,” Cassandra said. “I knew you’d worry and try to talk us out of it as you’ve done before. But this is what he kept telling me he wanted to do.”

“Okay, if you say so,” Natalie said raising an eyebrow.

That night, Natalie voiced her thoughts to her husband.

“Benjamin, I don’t have a serious problem with him following in Grant’s footsteps, but what if he finds out after these many years that Grant Barnett is his father? Grant Barnett is already his idol; he might start Googling him. You know he already has a poster of him on his bedroom wall.”

“Don’t worry about a thing. He won’t find out anything,” her husband assured her. “It’s been, what, thirteen years now? And he’s never really asked who his father is. As far as he knows, Grant Barnett is just another great quarterback; someone to look up to for inspiration.”

“Benjamin,” Natalie said quietly, “Do you think we acted kind of rashly? I must admit Grant has proven himself. He’s won the Heisman trophy. He’s the starting quarterback for the Oakland Raiders. All that took hard work, determination, sacrifice, a winner’s mentality, and of course God’s mercy and grace, because we know his father is a praying man. Do you think we did wrong by him and Cassandra?”

Benjamin sighed. “Yes, I’ve thought about that down through the years as I’ve watched him play, but I still think we made the right decision. Playing pro football and taking care of a child and wife are two different things.”

“But he did try to take care of them,” Natalie reminded him. “We prevented him from doing so. Plus, don’t forget the lynching.”

Benjamin looked at her like he saw a ghost, but didn’t say a word.

Each time they watched Grant play they were both convicted of what they had done in their past, but both were too proud and ashamed to admit they were wrong.

“Athaliah!” Joshua Barnett shouted to his wife. “Come quick! Grant is about to score the winning touchdown!”

Athaliah made a beeline from the kitchen into the family den just in time to see her son lead the team to victory.

“That’s my son,” Athaliah said proudly. “Do you think Grant Lee ever watches his daddy play?”

“I don’t know,” her husband said. “After all this time, I would think they would at least let him do that. Grant says he has not heard anything even though he’s still hoping things will work out. We will just have to continue to pray for them.”

“Grant, how do you feel about leading the Oakland Raiders to victory once again?”

“I give God all the praise,” Grant said. “I play for His glory and for the team to come out victorious.” As he started to walk away from the camera, he quickly added, “And I just want to say ‘hi’ to my mom and dad and sister watching at home, and to my son and his mother. I love you all.”

“That’s my son,” Athaliah said giving her husband a hug.

“What about our son?” Joshua joked returning her hug.

Cassandra smiled as she listened to Grant’s words. She had heard him say that more than once. Those words helped her to remain hopeful that they would meet again. “Okay, Grant Lee, the game’s over; time to get ready for bed. See if you can beat your time tonight. I’ll have a sandwich ready for you as soon as you get done.”

“I wouldn’t smile so wide,” Natalie said as soon as her grandson left the room. Rev. Nichols had fallen off to sleep in his La-Z-Boy chair.

“What are you talking about?” Cassandra asked.

“At what Grant Barnett said—sending a ‘hi’ to you and Grant Lee.”

“Well, at least he still acknowledges us,” Cassandra said.

“Are you still wearing that thing?” her mother asked as she noticed her daughter twisting the ring on her finger.

“Yes, Mother. I’m still wearing the ring. Is anything wrong with that?”

“Listen to me, Cassandra. Grant is just saying that to protect his name. If he was still that interested in you, he could have tried to get in touch with you via the church. He could have sent all correspondence to you through the church. He was just using you.”

“That’s not true and you know it. You and father did all you could to keep us apart for whatever reason. But the damage has already been done, so why can’t you just leave him alone now?”

“Because you are holding on to something that is never going to happen. I’ll bet you Grant has a girlfriend somewhere; oh, he’s told her about you and Grant Lee, and when he marries this girl and news breaks out about his having a son—and the media people have a way of finding out about your personal life, past and present—then it won’t be a shock to the world. What he’s doing is telling on himself little by little. And don’t continue to fool yourself; after thirteen years he has a girlfriend somewhere who he’s keeping in the shadows.”

“And how do you know all these things?” Cassandra asked.

“That’s not too hard to figure out,” Natalie replied.

The two stopped talking as Rev. Nichols stirred in his chair. Cassandra kept hoping her mother was wrong. Being that she had not heard anything about Grant getting married or that he had a girlfriend, and seeing that she had not received the ring back from him as they both promised to each other should either of them become interested in another person, there was still a glimmer of hope in her that they would meet again. Under what circumstances, she was not sure.

Thank you for joining us for this episode of Whyte House Family stories. You may purchase a copy of this novel and any other Christian fiction books read on this podcast from Amazon.com.

Now, dear listener, please know that God—the divine Author of all things—wants to write a great story with your life as well. But first you must give Him the pen by trusting Him with the life He gave you and surrendering your heart to Jesus Christ as Savior. Here is how:

May God bless you until next time. 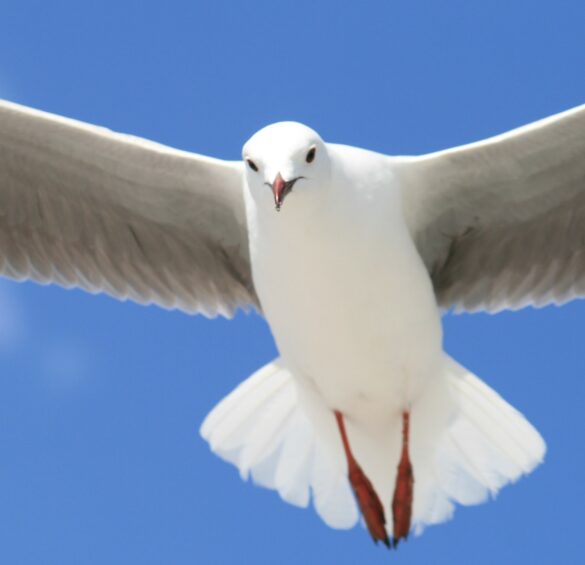