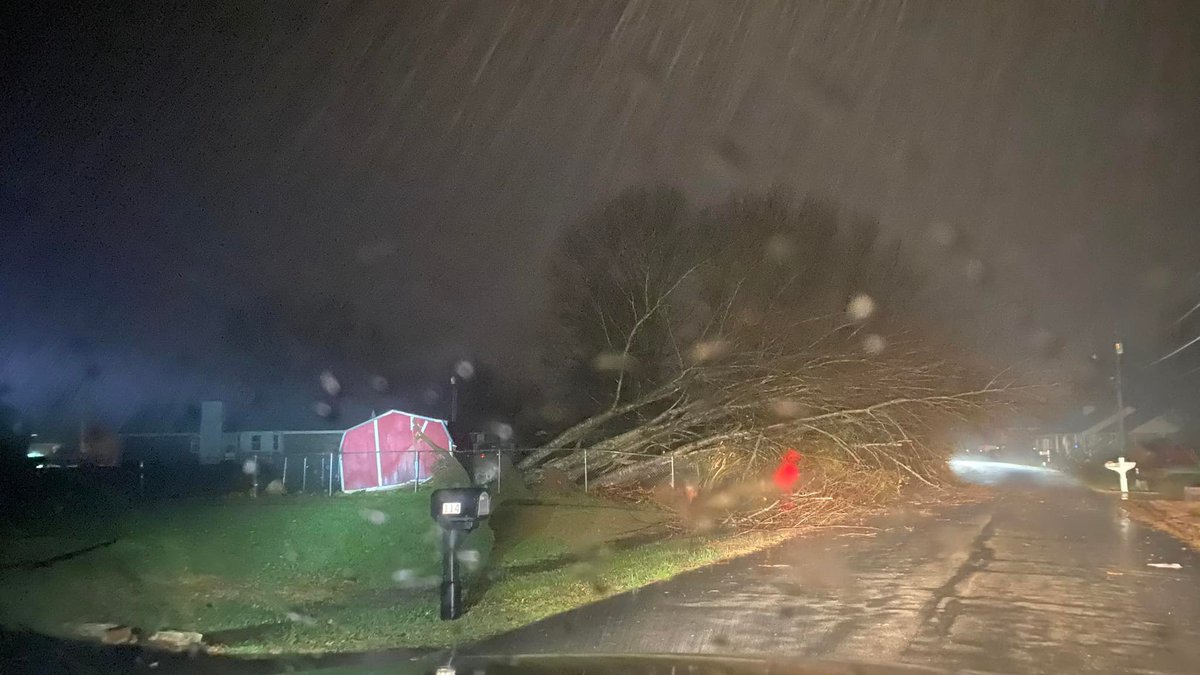 A line of severe storms damaged homes, knocked out power and downed trees in parts of the southern United States late Saturday into Sunday morning.

The weather also caused damage to businesses in Hazel Green, including a Walmart, local news outlets reported. The community is located about 15 miles (24 kilometers) north of Huntsville.

Huntsville Utilities said service has been restored to parts of Hazel Green, but work continues with multiple downed power poles in the area.

The same system brought down trees in the nearby town of Triana, roughly 20 miles (32 kilometers) southwest of Huntsville. Mayor Mary Caudle told WAFF-TV that about 280 residents took cover in a storm shelter Saturday night.

Madison, Morgan Cullman, Marshall, Jackson, DeKalb, Limestone, Franklin and Lawrence counties remain under a tornado watch until 2 a.m. The National Weather Service issued a winter weather advisory for north and parts of north-central Alabama, in effect from 6 p.m. through 3 a.m. Monday. Temperatures are expected to plummet as a cold front moves through.

The storms followed a system earlier Saturday which brought flooding to parts of Kentucky. Gov. Andy Beshear said Sunday that four tornadoes were confirmed. No injuries were reported. The strongest was an EF-2 tornado that caused significant damage in Hopkinsville on Saturday with estimated peak winds of 115 mph (185 kph), the National Weather Service said.