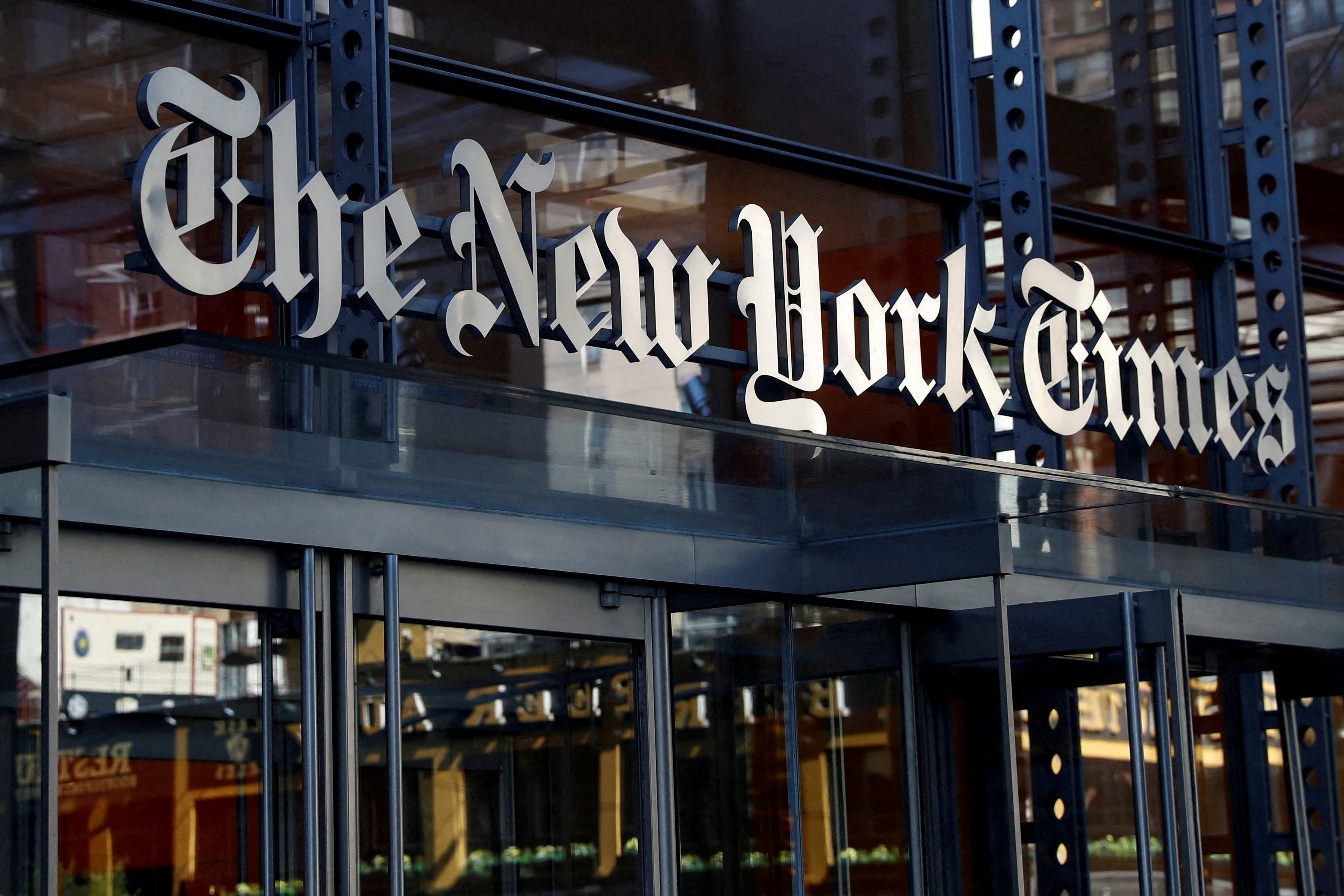 Jan 6 (Reuters) – The New York Times Co (NYT.N) said on Thursday it has agreed to buy subscription-based sports site The Athletic for $550 million in cash, as the 170-year-old newspaper adds more digital content to grab subscribers.

Founded in 2016, The Athletic had 1.2 million subscribers as of December, and covers more than 200 clubs and teams in the U.S. and around the world. It was last valued at $500 million in a private raise in 2020.

“Acquiring The Athletic puts us in a position to be a global leader in sports journalism,” said New York Times Chief Executive Officer Meredith Kopit Levien.

The deal shows the New York Times’ push towards a subscription-first modeland growing paid readers outside its core news content. It has been expanding digital offerings including digital cookbook NYT Cooking and product review website Wirecutter as the print industry struggles with steep declines in advertising and print readership.

The company finished the 2021 third quarter with more than 8 million paid subscriptions across its digital and print products; it has set a goal to reach 10 million subscribers by 2025.

The Athletic had operating losses of about $55 million on about $65 million in revenue in 2021, Levien said on an analyst call on Thursday.

She said there is a small overlap between the New York Times and The Athletic’s subscriber base and the company will help develop advertisement revenue at The Athletic.

It plans to sell The Athletic subscriptions as a standalone product at first, and gradually include in a broader bundle.

“We are now in pursuit of a goal meaningfully larger than 10 million subscriptions and believe The Athletic will enable us to expand our addressable market of potential subscribers,” Levien added.

The deal is expected to add to the newspaper’s revenue growth and be dilutive to its operating profit for about three years.

The Athletic will operate as a separate unit of the company, and its founders Alex Mather and Adam Hansmann will stay on after the acquisition.

Allen & Company advised the New York Times on the deal, while The Athletic was advised by LionTree Advisors.

The Information first reported the deal on Thursday. Shares of New York Times Co closed up 4.7% at $47.82.