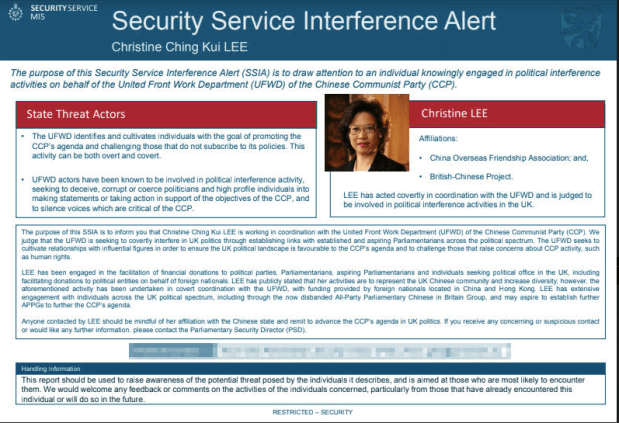 WESTMINSTER has been rocked by a major spying scandal after MI5 accused a Labour donor of being a suspected Chinese agent targeting MPs.

Chinese national Christine Lee is accused of trying to influence Labour MP and Jeremy Corbyn ally Barry Gardiner, as well as a host of others.

The Security Services issued an alert and picture of Lee today and accused her of “facilitating financial donations to serving and aspiring politicians.”

She has been a long-time funder of Labour MP Barry Gardiner’s office through her law firm Christine Lee & Co, which also works for the Chinese Embassy in London.