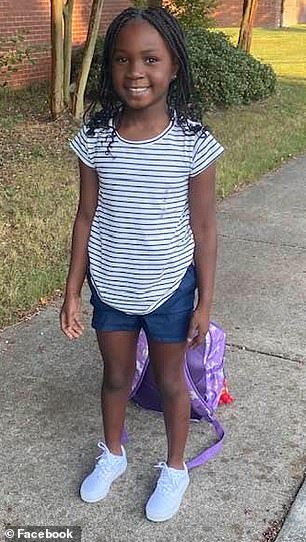 An eight-year-old girl was killed in a drive-by shooting as she went to pet a horse that was passing her family’s front yard in Georgia.

Arbrie Anthony, and the horse she was petting, were killed when someone opened fire from a distinctive-looking orange Jeep just before 7.30pm on Saturday in the 2000 block of 3rd Avenue in Augusta.

Richmond County Sheriff Richard Roundtree said that he doesn’t believe the eight-year-old was the intended target but said in front of her yard was a ‘common gathering place’ for groups – and believes the drive-by was targeting one of those individuals.

He added that it ‘may have involved gangs’ or could have been a ‘retaliatory’ attack but it was too early to say.