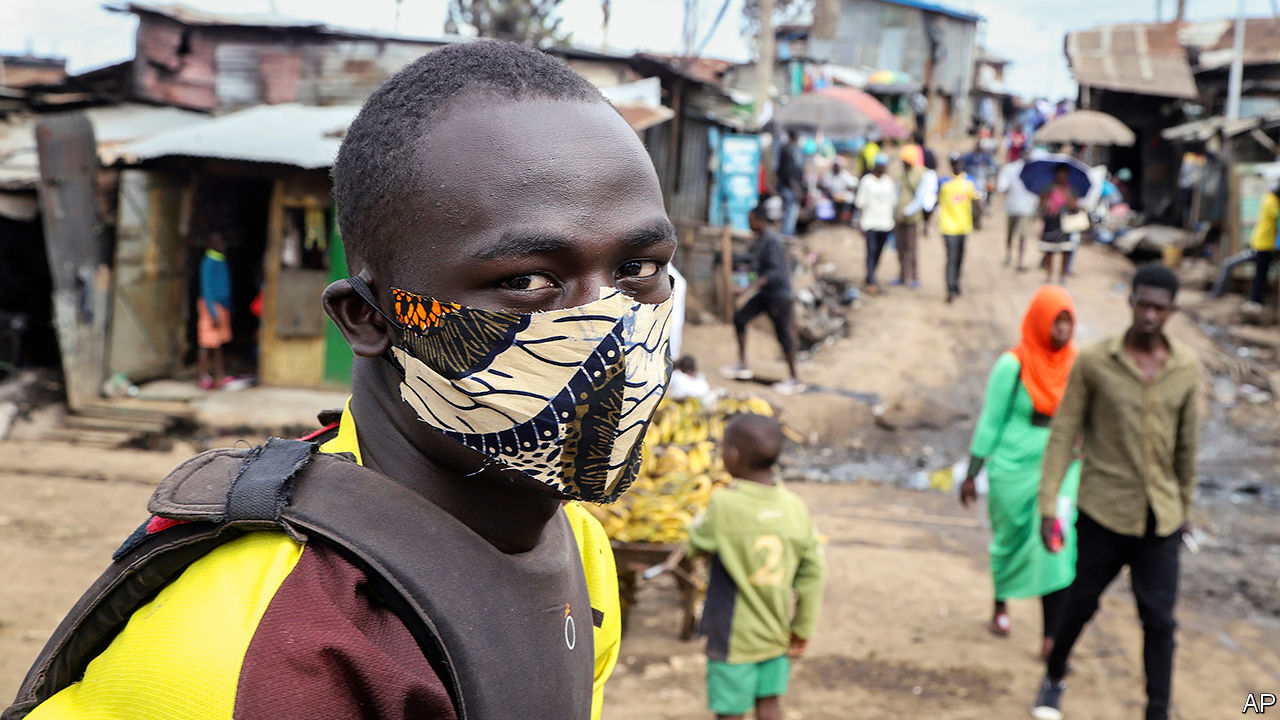 One of the recurring themes in the COVID-19 narrative has been that not everyone has been affected equally. Black Americans were hit harder by the virus due to systemic economic disadvantages. Wealthy Americans more easily avoided the virus when working from comfortable homes. Different countries suffered vastly different mortality rates, and when vaccines arrived, developed nations received preferential treatment.

The African continent has provided an interesting case study during the crisis. On the one hand, the virus did not seem to hit many African nations as hard as it hit America, Europe, and Asia. On the other hand, they suffered from a more difficult economic reality.

The economic situation was exacerbated by the fact that many families in African countries rely on remittances sent from family members working in non-African countries. With countries shutting down for extended periods of time, many migrant workers could no longer earn the same income. Those who were essential workers were more at risk of contracting the virus, which could lead not only to a temporary loss of income but the loss of life.

Experts predicted a major remittances crisis for the African continent. They expected African families to suffer due to lockdowns around the world. The good news is that we can see in hindsight that this never quite played out. While some people had to stop sending remittances, and Africa has struggled financially due to other COVID-related issues, economic damage connected to remittances was relatively low.

How did this play out over the past two years? Here’s a quick overview, followed by what’s still at risk.

In 2020, remittances did face a decline. During the harshest lockdowns, many people simply could not make money. However, even then, the amount sent from around the world to low-income and middle-income countries only decreased by 1.7%.

In 2021, the amount sent to these countries actually increased by approximately 7.3%. This includes an increase of 6.2% in Sub-Saharan Africa and an increase of 9.7% in the Middle East and North Africa.

The reality is that the economic crisis triggered by the pandemic was mitigated by global economies that are more resilient than early this century. More businesses survived lockdowns than were expected to, and people went back to work sooner rather than later.

The remittances crisis could have caused major damage to people living in African countries, and having narrowly avoided it, lessons need to be learnt. While the good news is that the worst is probably over, the bad news is that migrant workers still face remittances-related struggles.

Vaccination adoption has not been nearly as widespread as we expected at the start of 2021. Vaccine hesitancy has led many people to refuse to get vaccinated at all. Different countries have had different rates of vaccine refusal. In many African countries, campaigns to get people to vaccinate have had mitigated success. This is in addition to the fact that vaccines have not been as readily accessible to African countries as they have in America and Europe.

Low vaccination rates in Africa should, in theory, not impact remittances. After all, it is easier than ever to send money to Africa (as we will discuss below). Migrant workers do not need to physically bring their remittances home to their families.

However, most migrant workers consider it a necessity to visit home every year or so. It is possible to travel to Africa again with few restrictions, but countries have reactively red-listed African countries time and again because of low vaccination rates and the discovery of new strains of the virus.

At the start of 2022, travel from African countries is allowed by most governments. But this could change, and that leaves migrant workers wary of returning home. Getting stuck in their home country could mean the loss of a migrant worker’s job and, consequently, their family’s means of income.

For now, the safest course is to stay put and send money home through digital means. Fortunately, there are many cheap and efficient ways to do so.

In the past, migrant workers had to deal with slow and expensive systems to send money to their families. Instead of being able to send everything they earned, they had no choice but to pay high fees and commissions to banks. Over the past decade, that has changed.

Today, there are many great apps facilitating cheaper transfers. These apps allow you to link to your bank account and make payments with low (or even zero) fees and commissions. Furthermore, instead of having to accept disadvantageous exchange rates, these companies provide the exchange rate you’ll find on Google searches (or something very close).

Remitly is one of the top examples of a money transfer app that is extremely affordable. For many transfers, you will only pay fees if you choose express payments. For transfers with no fees, they may take a small margin on your exchange rate (about which they are very transparent).

WorldRemit is an excellent alternative. They too have low fees and the best exchange rates, and their platform is easy to use. Similarly, Azimo provides an equivalent service. These three companies are considered by many to be the best money transfer providers for people sending remittances to Africa.

Without companies like these, a remittances crisis would have been unavoidable. Migrant workers needed quick and reliable ways to transfer money home when other services were unavailable due to lockdowns.

Over the course of the pandemic, not only has a remittances crisis been averted, but remittances have actually increased. Life is still not easy in a pandemic-hit world for migrant workers, as visiting family comes with risks, especially in countries with low vaccination rates. However, the remittances system has shown resilience many did not expect.