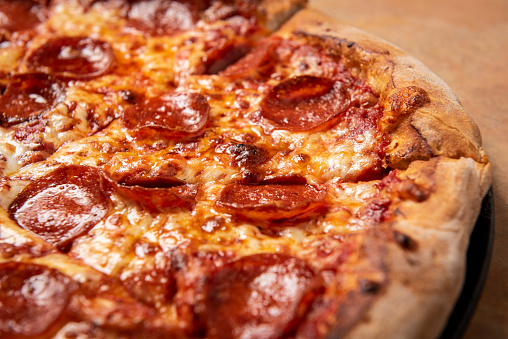 An Ohio high school football player who says coaches forced him to eat a pizza covered with pepperoni grease in violation of his religious beliefs is suing his former district and the ousted coaches.

The former Canton McKinley High School athlete and his parents filed a federal civil rights suit this week seeking millions of dollars in damages and alleging violations of his religious freedom and constitutional rights.

The athlete says in the lawsuit that coaches were notified he doesn’t eat pork or pork residue as a member of the Hebrew Israelite religious faith, but that they ordered him to eat the pizza as punishment for missing an offseason workout — and indicated his spot on the team was at risk if he didn’t.

The coaches say the player chose to remove pepperoni and eat the pizza rather than an alternative food. They weren’t aware it violated his religious beliefs, according to a defamation case they filed previously against the teen’s father, his attorney and school officials.

An attorney representing most of the coaches, Peter Pattakos, told The Repository newspaper of Canton that they have statements from over a dozen eyewitnesses that indicate the family’s allegations are false.

Canton City School District Superintendent Jeff Talbert said in a written statement that the claims in the family’s lawsuit are meritless and the school board will address them through the legal process, the newspaper reported.

The district suspended several coaches after the allegations arose. The board subsequently voted not to renew coaching contracts for four coaches and deemed three other assistant coaches as ineligible for future coaching positions.

The now-18-year-old student has transferred to a different district after facing “threats and ridicule” from teammates and the public because of the situation, according to his lawsuit.