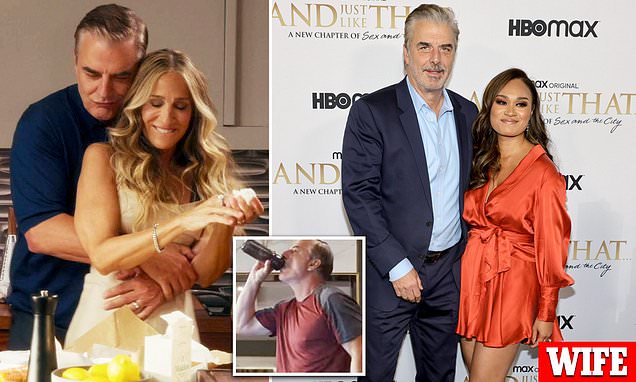 Allegations against the 67-year-old American actor were detailed in a new report from The Hollywood Reporter published on Thursday. Two women who don’t know each other approached THR separately and months apart with claims of being sexually assaulted by the actor. The alleged victims – using the pseudonyms Zoe, now 40, and Lily, now 31 – said recent promotions of the Sex And The City‘s sequel stirred up painful memories. The women say the incidents occurred in Los Angeles in 2004 and in New York in 2015, respectively; Noth married his wife Tara Wilson in 2012. Noth and Wilson met in 2001 – three years before the first alleged assault – and have two children together, sons Keats, one, and Orion, 13. In a statement to THR, Noth admitted that he had ‘consensual encounters’ with the two women, but vehemently denied any accusations that he ‘assaulted’ them. ‘The accusations against me made by individuals I met years, even decades, ago are categorically false,’ he stated.