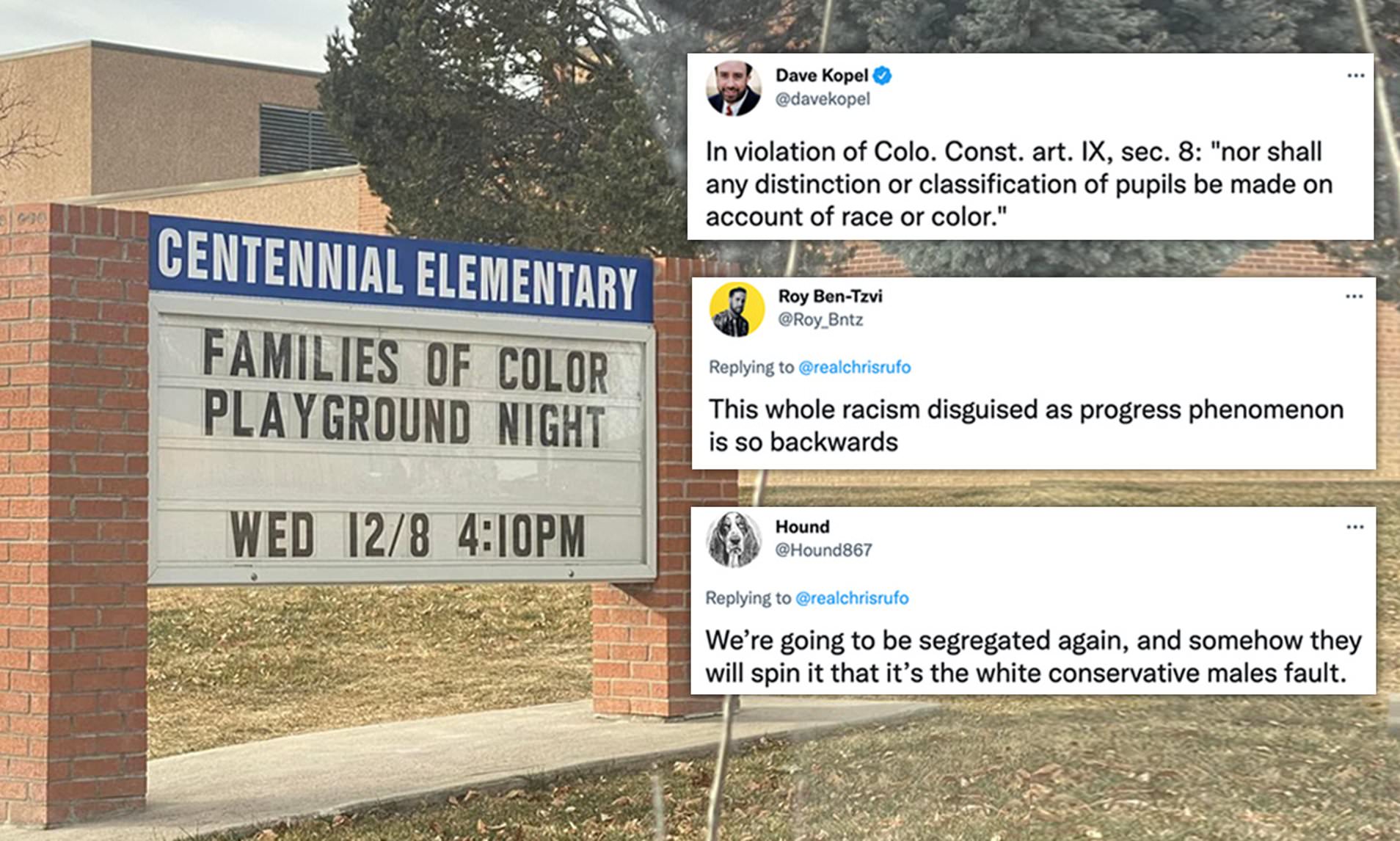 A Denver, Colorado elementary school has sparked outrage with a ‘segregated’ playtime for ‘families of color’ at its playground.

The Centennial Elementary School organized the ‘equity’ event for families of color to gather and play on December 8.

But critics have hit out at the event which conservative journalist Christopher Rufo called a ‘racially-segregated playtime’.’

Rufo, one of the nation’s leading anti-critical race theory activists, told Fox that the event was ‘racism under the guise of equity’ and joined a growing number of people on social media calling on the school to terminate the program.

One Twitter user named Geoffrey Miller wrote, ‘If civil rights activists of the 1950s popped out of a time machine today, and saw all this stuff, they would infer that their movement had failed.’

Another Twitter user with the handle name Hound echoed fears of segregation in schools, writing, ‘We’re going to be segregated again, and somehow they will spin it that it’s the white conservative males fault.’

Roy Ben-Tzvi, another person Twitter, mocked the idea that the event could be used to promote equity and celebrate diversity.

‘This whole racism disguised as progress phenomenon is so backwards,’ he wrote.