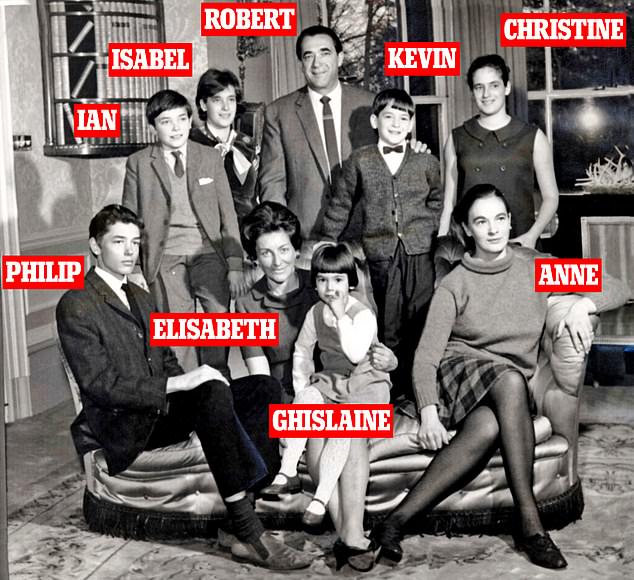 A quick glance at the fortunes of the Maxwell siblings and it is difficult not to think the nine children of tyrannical media mogul Robert Maxwell were cursed from the start.

Most famous among them is his youngest – and favourite – Ghislaine, the disgraced socialite who is waiting to stand trial on a string of charges relating to the trafficking minors for her former lover Jeffrey Epstein.

Maxwell, who denies all charges, faces a maximum sentence of 80 years in prison if found guilty of abuse, procurement of young girls for Epstein and sex trafficking crimes dating back decades.

Her brother Ian, 65, the seventh of the nine Maxwell children, has been a vocal supporter of his sister and spoke out again this week in her defence, saying he believes the ‘enormous amount of negative media coverage’ of the case will ‘poison’ the jury against her.

Ian has had his fair share of experience in court. In the 1990s, he and younger brother Kevin stood trial for their part in their father’s £460 million Mirror Group pension fraud.

But what of the other Maxwell children?

MailOnline looks at the fate of Ghislaine’s eight siblings, from the brilliant scientist brother who fled to Argentina to escape his father, the children Maxwell bullied, the twins who became dotcom millionaires, and the tragic sister who died in childhood.