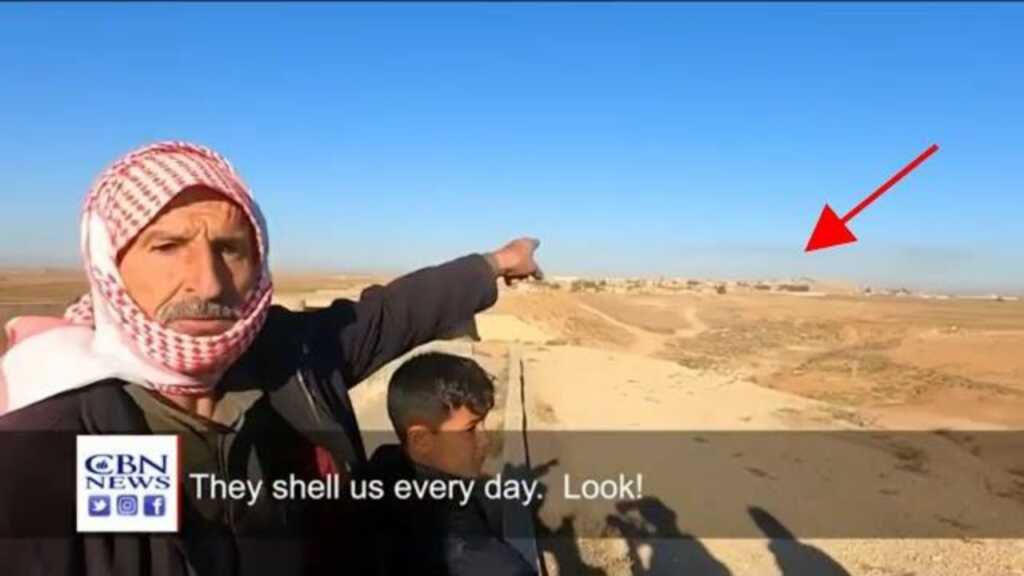 DIL DARA, Syria – Christians are under attack in Syria as some of the last ancient Christian communities here are being bombarded by Turkish-backed forces.

CBN News has been on the ground in Syria, observing the conflict firsthand in a little-known part of the ongoing civil war which has gripped that country for more than a decade.

There is shelling ongoing in the town of Dil Dara just a couple of kilometers from the Turkish border. This is most likely Turkish forces that are shelling this village, which was made up of Christians and Syrians.

The idea is to make them want to leave, to drive everybody out of the area because Turkey’s plan is to try and resettle this whole area with Arab Syrians who fled as refugees into Turkey. Turkey’s got something like 2.3 million of those refugees and their idea is to resettle them forcibly into this area.

“They shell us every day. Look!” exclaimed one Syrian Christian villager.

“We are sleeping with our kids, with our animals, outside of the village. That’s what we are doing,” another survivor said.

The rockets and shelling that Turkey is sending this way here in Northern Syria are causing widespread damage. CBN News also visited a different village about 30 kilometers south of the Turkish border that regularly gets shelled. We observed the craters and houses destroyed by the shelling. And Turkey’s plan is working as many have been forced to flee.

Commander Aram of the Syrian Defense Forces walked us through the battleground. “This is the front of the front and it’s our last position north of Tal Tamr, and we used to come to the village from Seri Kaniye Road but we are not able to use that road now. We are using the M4 road. So there was other civilians here, maybe 14-15 families, but since last week they left. They come mornings and they left evenings. It’s a problem.”

There are now abandoned Christian villages all throughout Northern Syria, and walking through them is an eerie experience, like this particular village which had over 2,000 people living in it and today it’s a ghost town. They were right in the middle of working on a church building that they’ve been forced to abandon as they’ve fled for their lives.

Even with the people gone, Turkey keeps shelling these villages in an attempt to deny these residents the ability to move back in.