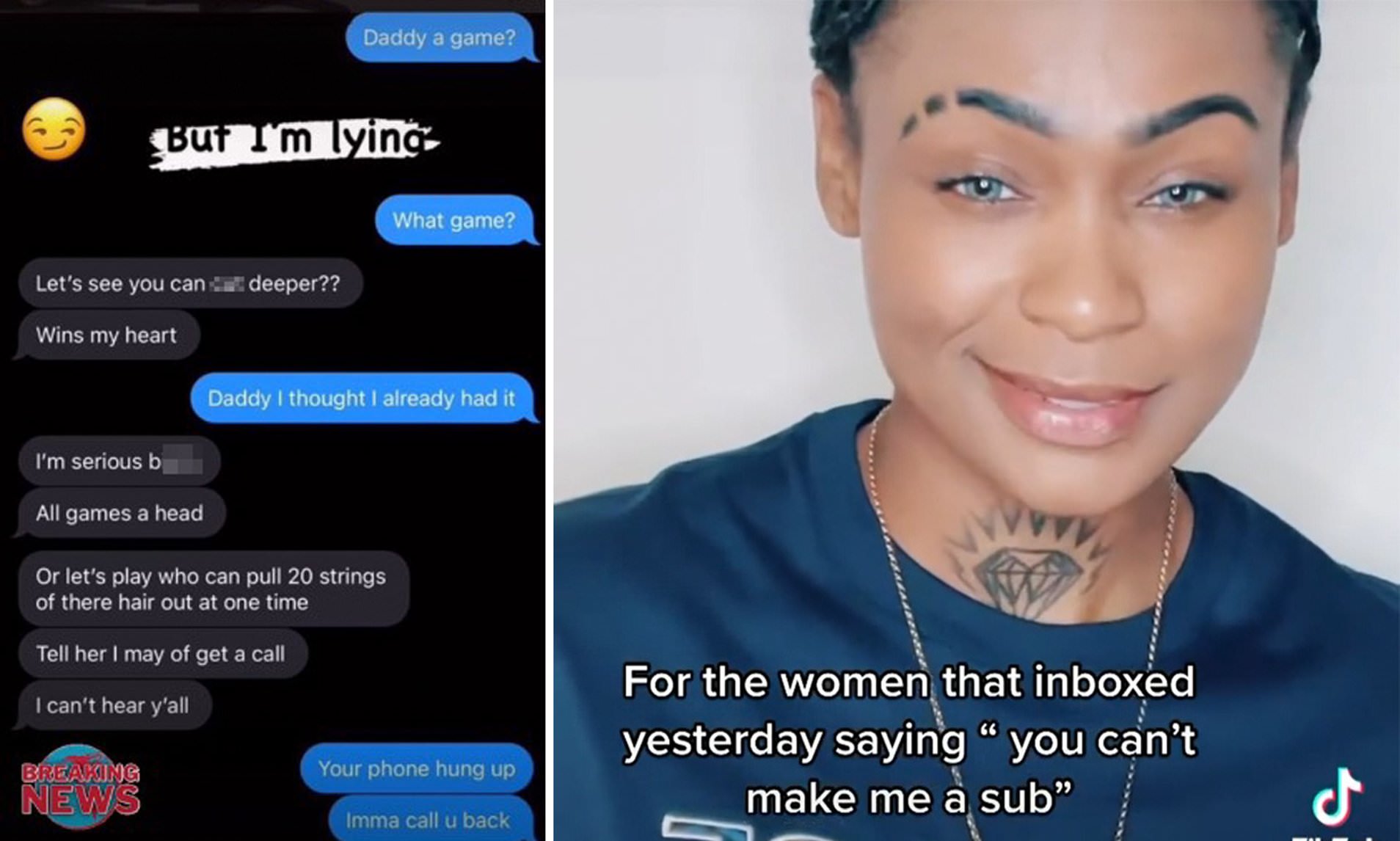 Angela Vandusen, 27, started a group called ‘Daddy’s Girls’ in 2020. At first, it seemed like a safe space for bigger women to connect, but it quickly turned into something worse.

Angela Vandusen, who goes by @AngelaTheeG0ddess on TikTok, started a group called ‘Daddy’s Girls’ in the winter of 2020. At first, it seemed like a safe space for bigger women to connect, but – according to several of its members – it quickly turned into something worse.

According to Rolling Stone, the 27-year-old, who is based in Michigan, originally gained attention online by posting videos of herself dancing and lip-synching provocatively. She was also known for sharing her weight-loss journey and being open about her love of BBWs – big beautiful women, particularly women of color.

She had gained around 50,000 followers, when she started doing weekly livestreams (and charging $50 for them). During one of them, someone called her ‘Daddy.’

Members of the group who spoke to Rolling Stone revealed that the name stuck, claiming that Angela asked all of her supporters to begin calling her ‘Daddy’ while referring to themselves as ‘Daddy’s Girls.’ They said she also told them to add yellow hearts to their TikTok bios in order to show that they were part of the group.

Originally, the women all connected while seeking out other black curvy gay women.

One former member, who asked to remain anonymous, told Rolling Stone, ‘We don’t fit the society’s standards of what a body is supposed to look like. It was safe to be around other women – we all looked the same, had the same problems, had the same struggles.

‘A lot of girls joined based off the same aspect that we could talk about things and we could all relate to each other.’

A single stay-at-home mom-of-two named Chae also told the outlet that at first, it felt like a ‘sisterhood.’ Over time, however, the livestreams got more and more sexual.

A third former member, named Jasmine, explained to Rolling Stone that Angela would make thousands of dollars during them. Viewers and fans would send her money, and she said, ‘That’s when I realized she’s leading these girls on and making them fall in love with her.’

Angela also started to make rules for her followers. Jasmine explained that one time, she started a livestream on her own TikTok page. And right away, another Daddy’s Girl member messaged her and told her to stop.

Chae also claimed that she wasn’t allowed to post any videos if they weren’t about Angela. She said she was also told she had to attend and comment on all of Angela’s livestreams and posts. Other members even claimed that they were required to pray to Angela every morning and night.