The screengrabs included texts with his agent in which he said someone was trying to kill him.

“Vikings representatives and the team’s mental health professionals have been on-site at Everson Griffen’s home since early this morning and are cooperating with law enforcement,” the team said in a statement. “Our only concern at this time is the safety and well-being of Everson and his family. We will have further comment at the appropriate time.” 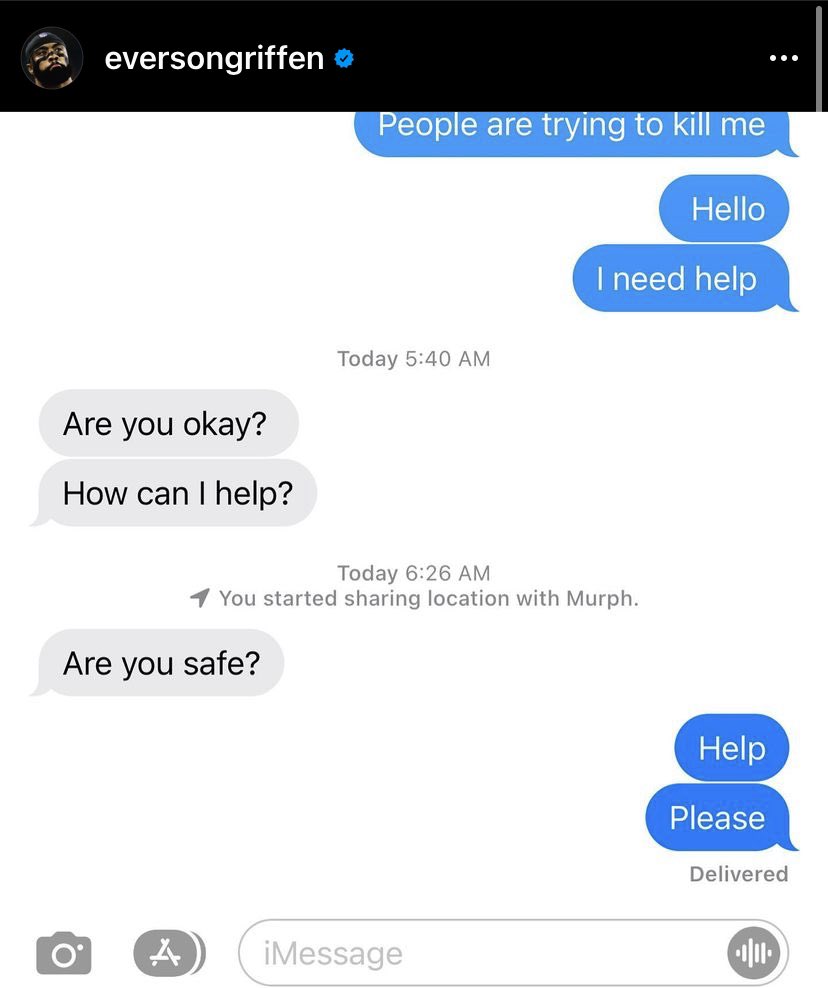 Griffen posted a video in which he said that people were trying to “pop [him],” and displayed a weapon.

“I still got clips left,” he says in the video. “This is my gun … registered to me, I bought all my bullets around town, (Vikings running back) Dalvin Cook helped me purchase this gun. It all belongs to me.”