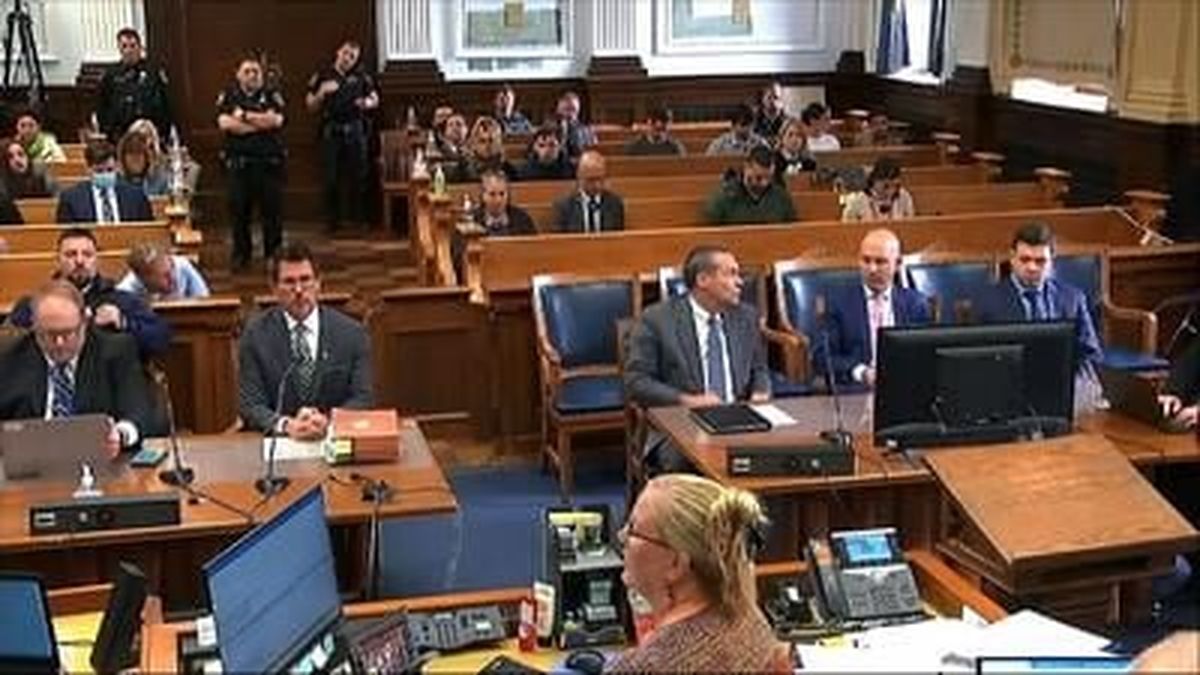 The judge at Kyle Rittenhouse’s murder trial banned MSNBC from the courthouse Thursday after police said they briefly detained a man who had followed the jury bus and may have tried to photograph jurors.

Judge Bruce Schroeder said the man had claimed to be working for MSNBC. He was stopped because he was following the bus from about a block behind and went through a red light. The Judge said the person who followed the jury bus had been told by his boss in New York to do so. Kenosha police tweeted that the person was briefly taken into custody and issued several traffic-related citations.

NBC News said in a statement that he was a freelancer who received a citation for a traffic violation that took place near the jury vehicle, and he “never contacted or intended to contact the jurors during deliberations, and never photographed or intended to photograph them.”

The judge had barred anyone from photographing jurors at the outset of the politically charged trial.

The network said it regretted the incident and would fully cooperate with an investigation.