When Justin Duggar announced his engagement to his now-wife Claire the day after his 18th birthday last year, social media users found the timing suspicious — and now Claire has confirmed that Justin did, in fact, propose when he was just 17.

On November 5 of this year, the 20-year-old bride said that it had been exactly a year since Justin popped the question — meaning he was ten days shy of being legally allowed to wed when he asked her to be his wife.

Though Claire has limited Instagrammers’ ability to comment on her post, Redditors have called it ‘insane’ that the youngsters were planning their wedding before Justin was even old enough to vote.

The couple had first announced their engagement on November 16, 2020, a day after Justin — who was born in 2002 — turned 18, the legal age to marry without parental permission.

In Arkansas, children can marry at age 17 with parental consent, while only emancipated minors can marry at 16 or 17 in Texas.

Fans and critics speculated that the timing was incredibly close, with many guessing that they’d already been engaged for some time — but waited to share the news publicly because they knew the optics weren’t good.

But now Claire has officially confirmed what so many guessed: Her baby-faced husband was, indeed, still legally a child when he got down on one knee. 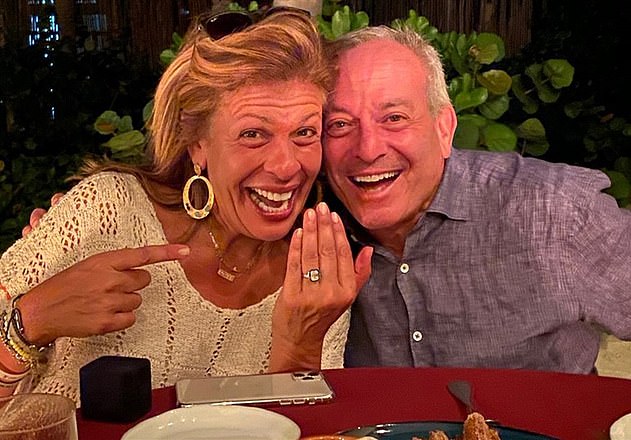