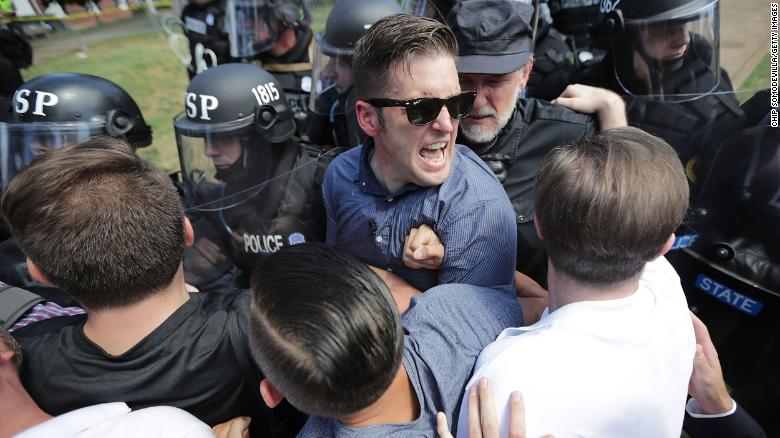 A jury began deliberations Friday in a civil trial of white nationalists accused of conspiring to commit racially motivated violence at the deadly “Unite the Right” rally in Charlottesville four years ago.

Hundreds of white nationalists descended on Charlottesville on Aug. 11-12, 2017, to protest the city’s plans to remove a statue of Confederate Gen. Robert E. Lee. During a march on the University of Virginia campus, white nationalists surrounded counterprotesters, shouted “Jews will not replace us!” and threw burning tiki torches at them. The next day, an avowed admirer of Adolf Hitler rammed his car into a crowd, killing one woman and injuring 19.

James Alex Fields Jr. of Maumee, Ohio, is serving life in prison for murder and hate crimes for the car attack. He is named as a defendant in the lawsuit, which seeks monetary damages and a judgment that the defendants violated the plaintiffs’ constitutional rights.

The defendants used their closing arguments to distance themselves from Fields. Their attorneys told jurors that injuries suffered by the plaintiffs do not prove that the defendants entered into a conspiracy to commit violence.

The lawsuit is being funded by Integrity First for America, a nonprofit civil rights organization.

Charlottesville’s Robert E. Lee Statue Will be Melted Down for New Artwork That ‘Expresses Inclusivity and Racial Justice’