Earlier this week, the International Space Station (ISS) was forced to maneuver out of the way of a potential collision with space junk. With a crew of astronauts and cosmonauts on board, this required an urgent change of orbit on November 11.

Over the station’s 23-year orbital lifetime, there have been about 30 close encounters with orbital debris requiring evasive action. Three of these near-misses occurred in 2020. In May this year there was a hit: a tiny piece of space junk punched a 5mm hole in the ISS’s Canadian-built robot arm.

This week’s incident involved a piece of debris from the defunct Fengyun-1C weather satellite, destroyed in 2007 by a Chinese anti-satellite missile test. The satellite exploded into more than 3,500 pieces of debris, most of which are still orbiting. Many have now fallen into the ISS’s orbital region.

To avoid the collision, a Russian Progress supply spacecraft docked to the station fired its rockets for just over six minutes. This changed the ISS’s speed by 0.7 meters per second and raised its orbit, already more than 400km high, by about 1.2km.

Space debris has become a major concern for all satellites orbiting the Earth, not just the football-field-sized ISS. As well as notable satellites such as the smaller Chinese Tiangong space station and the Hubble Space Telescope, there are thousands of others.

As the largest inhabited space station, the ISS is the most vulnerable target. It orbits at 7.66 kilometers a second, fast enough to travel from Perth to Brisbane in under eight minutes.

A collision at that speed with even a small piece of debris could produce serious damage. What counts is the relative speed of the satellite and the junk, so some collisions could be slower while others could be faster and do even more damage.

As low Earth orbit becomes increasingly crowded, there is more and more to run into. There are already almost 5,000 satellites currently operating, with many more on the way.

SpaceX alone will soon have more than 2,000 Starlink internet satellites in orbit, on its way to an initial goal of 12,000 and perhaps eventually 40,000.

If it was only the satellites themselves in orbit, it might not be so bad. But according to the European Space Agency’s Space Debris Office, there are estimated to be about 36,500 orbiting artificial objects larger than 10cm across, such as defunct satellites and rocket stages. There are also around a million between 1cm and 10cm, and 330 million measuring 1mm to 1cm.

Most of these items are in low Earth orbit. Because of the high speeds involved, even a speck of paint can pit an ISS window and a marble-sized object could penetrate a pressurized module.

The ISS modules are somewhat protected by multi-layer shielding to lessen the probability of a puncture and depressurization. But there remains a risk that such an event could occur before the ISS reaches the end of its lifetime around the end of the decade.

Of course, no one has the technology to track every piece of debris, and we also don’t possess the ability to eliminate all that junk. Nevertheless, possible methods for removing larger pieces from orbit are being investigated.

Meanwhile, nearly 30,000 pieces larger than 10cm are being tracked by organizations around the world such as the US Space Surveillance Network.

Here in Australia, space debris tracking is an area of increasing activity. Multiple organizations are involved, including the Australian Space Agency, Electro Optic Systems, the ANU Institute for Space, the Space Surveillance Radar System, the Industrial Sciences Group, and the Australian Institute for Machine Learning with funding from the SmartSat CRC. In addition, the German Aerospace Center (DLR) has a SMARTnet facility at the University of Southern Queensland’s Mt Kent Observatory dedicated to monitoring geostationary orbit at a height of around 36,000km – the home of many communication satellites, including those used by Australia.

One way or another, we will eventually have to clean up our space neighborhood if we want to continue to benefit from the nearest regions of the “final frontier.” 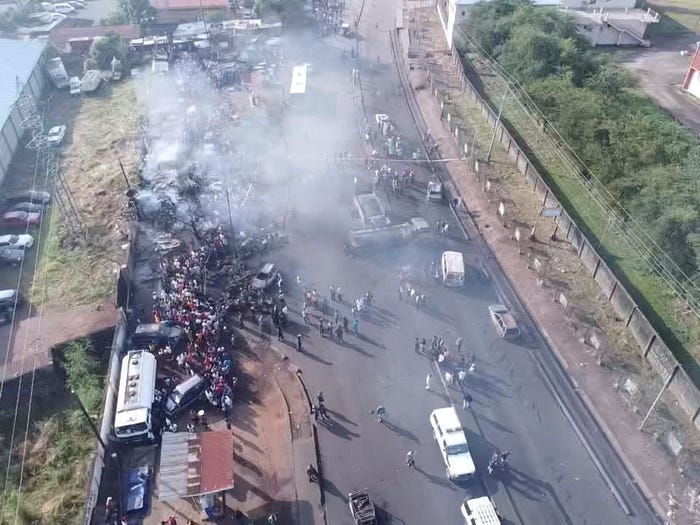