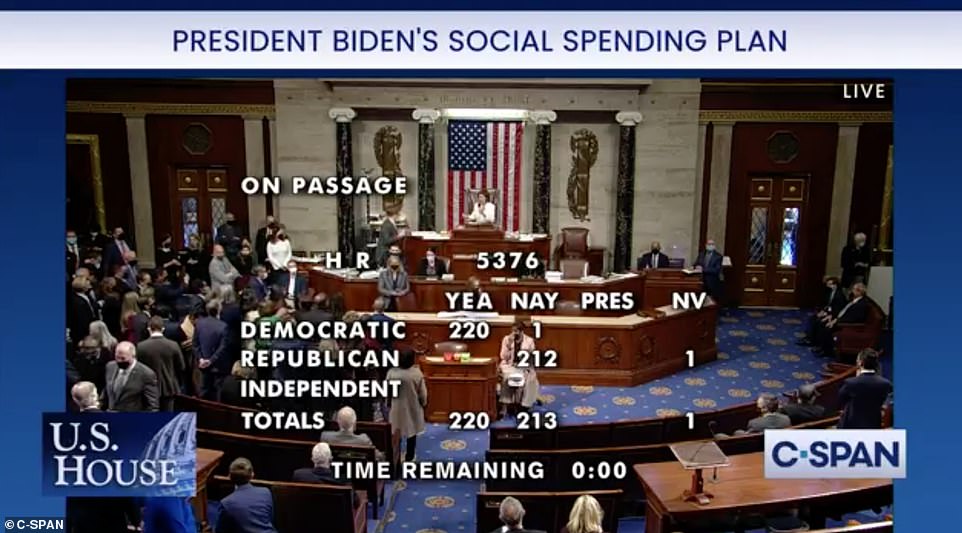 The House of Representatives passed President Joe Biden’s Build Back Better social spending bill Friday morning, with a vote of 220 to 213.

Just one Democrat, Rep. Jared Golden, defected and voted with the Republicans.

Biden wasn’t immediately able to celebrate the accomplishment, as he was at Walter Reed for his first annual physical as president, and underwent a colonoscopy – leaving Vice President Kamala Harris in charge for 85 minutes.

House Democrats, however, were doing happy dancing and taking selfies. When the bill got passed the 218 threshold, meaning it would pass, chants of ‘Build Back Better’ broke out. Democratic members yelled ‘Nancy, Nancy, Nancy,’ as House Speaker Nancy Pelosi was leaving the dais after chairing the final count.

The Build Back Better bill now heads to the Senate.