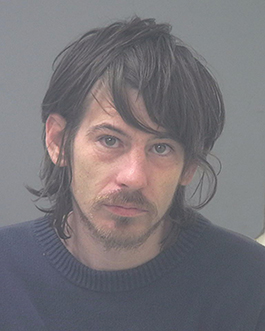 Upon discovering his boyfriend “humping” their dog, a Florida Man was beaten and threatened with a knife by his beau, police allege.

According to an arrest report, the 58-year-old victim told cops he caught John Miller, 33, engaged with the canine inside their home in Milton, a city outside Pensacola. Miller and the victim “have been dating for approximately five years, and live together,” cops reported.

The victim said that when he confronted Miller about the alleged November 11 dog humping, Miller began punching him in the head and body. A sheriff’s deputy noted that the victim had a fresh cut on his neck and red marks on his chest.

The victim’s 88-year-old mother, who owns the Milton home, said she witnessed Miller pummeling her son and destroying items in the residence. Miller’s boyfriend told cops that before Miller fled the home, he grabbed a knife and “threatened to stab and kill him.”

After Miller was subsequently located by police, he claimed that his boyfriend had “attacked him in the garage” with a “metal rod of some kind.” The attack, Miller claimed, began after he caught his boyfriend “looking at boys in their underwear on Instagram.”

Pictured above, Miller was arrested and booked into the Santa Rosa County jail on aggravated assault, domestic battery, and criminal mischief charges. He is being held in lieu of $7000 bond, and is scheduled to be arraigned on December 9.

There’s a Devil Loose and the Devil is a Lie: 2 Homosexual Men in a So-Called  Homosexual Marriage Have Been Arrested for Allegedly Sexually...