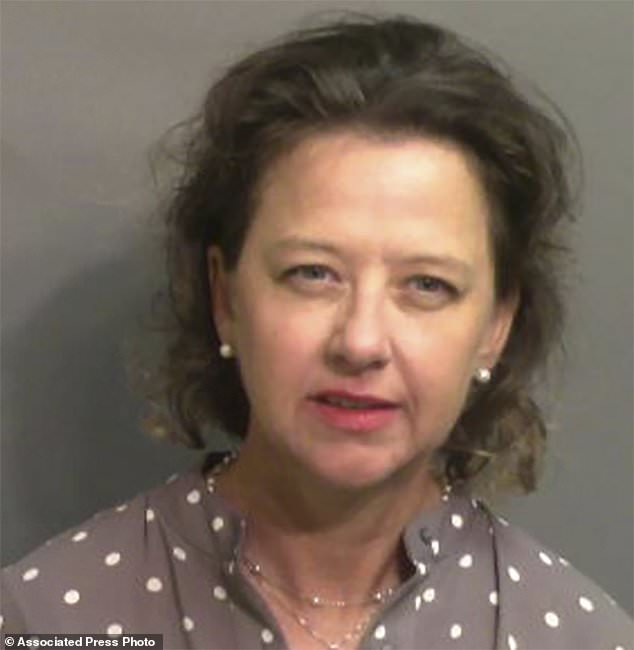 The ex-district attorney in the Ahmaud Arbery case was booked into a Georgia county jail on Wednesday, the same day his three attackers were convicted of murder.

Jackie Johnson, 49, a former Brunswick Judicial Circuit district attorney, was booked into the Glynn County Jail after she turned herself in, authorities reported.

She is accused of discouraging the police from making arrests in connection with Arbery’s death.

She was released the same day, reportedly on her ‘own recognizance,’ and did not have to pay the posted $10,000 bail, according to the Atlanta Journal-Constitution.

She was indicted by a grand jury last week and faces felony charges for violating her oath of office and a misdemeanor for obstructing police work.

Johnson denied any wrongdoing and said she withdrew her office from the case because one of Arbery’s attackers, Greg McMichael, had been an employee.

McMichael and two others were convicted of murdering Arbery, 25, on Wednesday.