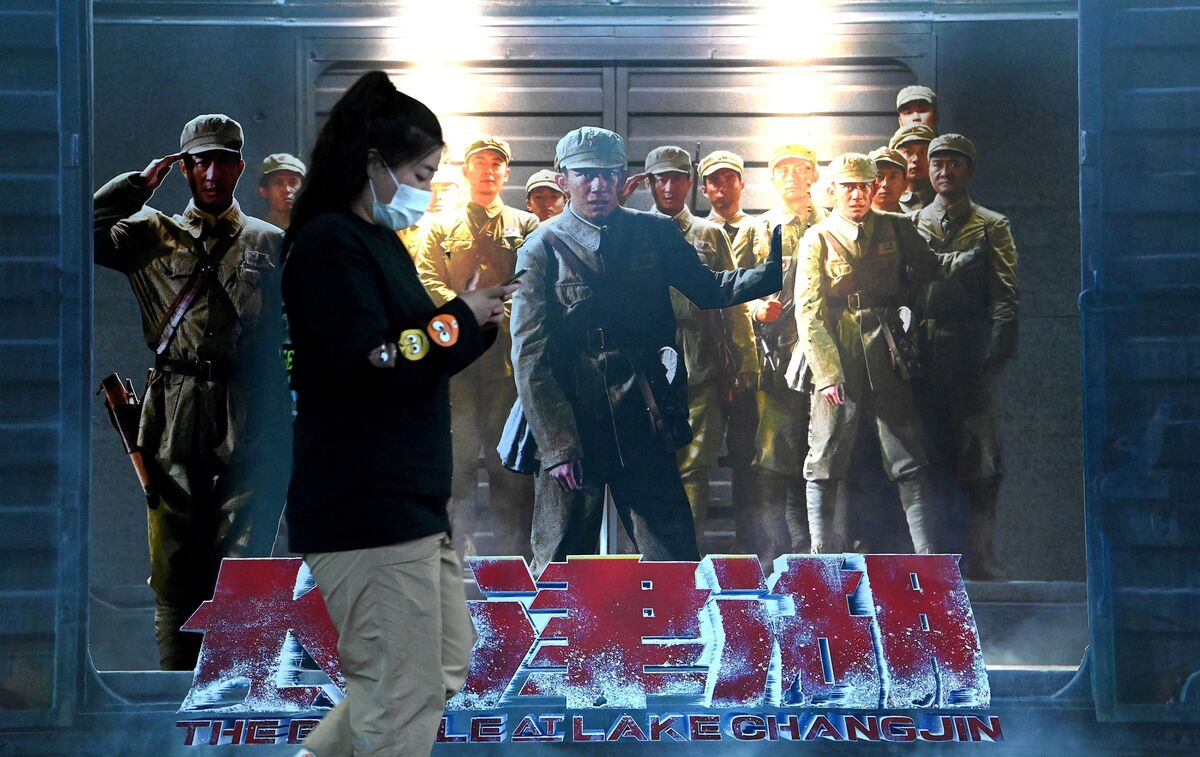 (Bloomberg) — Forget James Bond’s gadgets, the super cars of “Fast and Furious” or “Dune”’s stunning landscapes – when it comes to box office smash hits, China’s Communist Party has nailed it this year.

“The Battle at Lake Changjin,” a 176-minute epic starring Chinese actor Wu Jing, isn’t only the highest grossing film worldwide so far in 2021 but has become China’s biggest film ever — toppling 2017’s “Wolf Warrior 2,” which also stars Wu — according to ticketing platform Maoyan Entertainment. The movie was commissioned by the Publicity Department of the Communist Party of China, otherwise known as the propaganda department.

The film tells the story of how People’s Volunteer Army (PVA) troops entered North Korea and valiantly defeated the Americans mid-last century. Since its September 30 release during China’s National Day, it has raked in a hefty $891 million, including presale tickets, according to Maoyan.

The movie’s release came after years of heightened tensions between the U.S. and China amid a protracted trade war and questions about Beijing’s early handling of Covid-19, with mainland borders remaining all but shut to outsiders amid pandemic restrictions.

And if one heroic defeat of the U.S. wasn’t enough, Variety reported that a sequel is already underway, entitled “Water Gate Bridge,” which continues the story of the PVA’s campaign to drive American troops out of North Korea.