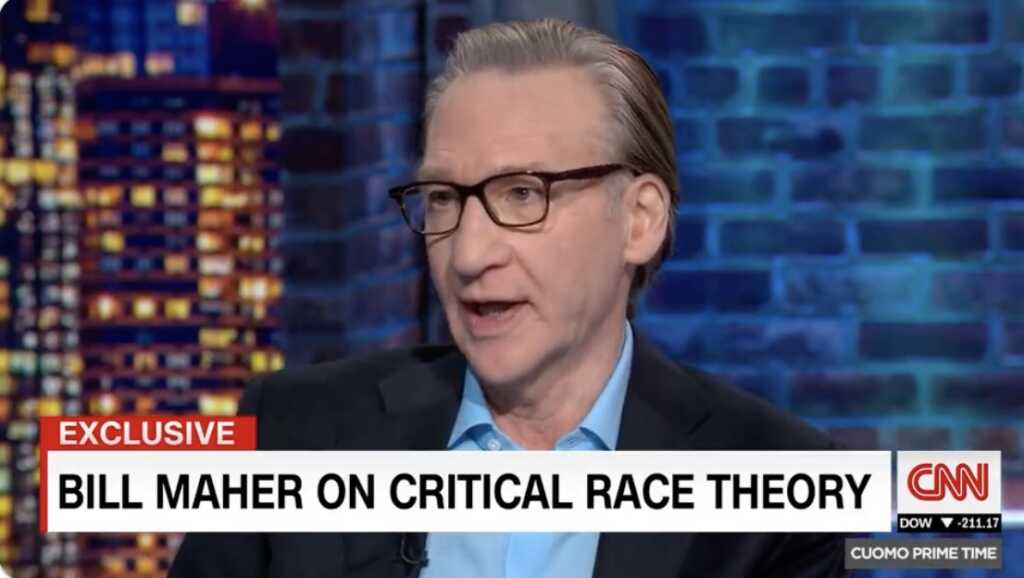 Comedian Bill Maher has long been a liberal icon, but some of his recent statements have raised eyebrows among progressives, while simultaneously drawing rare cheers from some on the political right.

Critics might question whether Maher has had a political change of heart, but he pushed back on that allegation during a Wednesday interview on CNN’s “Cuomo Prime Time.”

“My politics have not changed,” Maher told host Chris Cuomo. “I am an old-school liberal.”

Maher said there are some in his camp who don’t like what’s happening on the “far left” and pointed to a number of strange moves he sees unfolding within certain facets of the Democratic Party.

“When you’re doing something that sounds like a headline in The Onion, that’s when you’ve gone too far,” he added.

As for critical race theory — an issue invigorating parents to get involved in school affairs across the U.S. — Maher also seemed to come to the defense of concerned parents.

“It’s not a phantom, either, that there’s something going on in the schools that never went on before,” the “Real Time” host told Cuomo. “Now, I’m not in schools, I have no interaction with children whatsoever, but I do understand this issue because I read accounts from parents, from educators.”

Maher said he doesn’t know anyone who is against having honest conversations about race and history, but there seems to be a disconnect when it comes to how race is being handled in some circles.

“We learned about the Civil War. They mentioned racism … They didn’t really go into it anymore than ‘Gone with the Wind’ goes into it,” he said of his own educational upbringing. “Now, we’re doing that and I think that’s a good thing. People should understand that.”

Watch Maher discuss CRT and how both sides are trying to “cancel” him:

Bill Maher says both sides are trying to cancel him now and it's new.

“My politics have not changed. I am an old school liberal… they changed, not me,” he says on the issue of race. pic.twitter.com/QZ9rTSqVGq

But Maher drew a distinction between the aforementioned dynamic and what some parents are alleging is happening in public school systems.

“That’s different than teaching that racism is the essence of America. That’s what people get upset about,” Maher said. “Or involving children who are probably not old enough or sophisticated enough to understand this very complicated issue with a very complicated history.”

Maher also addressed the critique that some liberals have forgotten the progress that has been made in society – or have, at the least, become “afraid” to acknowledge it.

“Somehow, liberals got afraid to acknowledge progress,” he said, noting that there should be no conflict between discussing the progress that has been made while also admitting there’s still work to be done. “You can’t come up with good solutions unless you’re realistic about what the problem is.”

Perhaps most notably, Maher said both sides of the political aisle are coming after him these days, and rather than playing only to liberal audiences, he’s suddenly seeing ideologically mixed crowds show up to hear him.