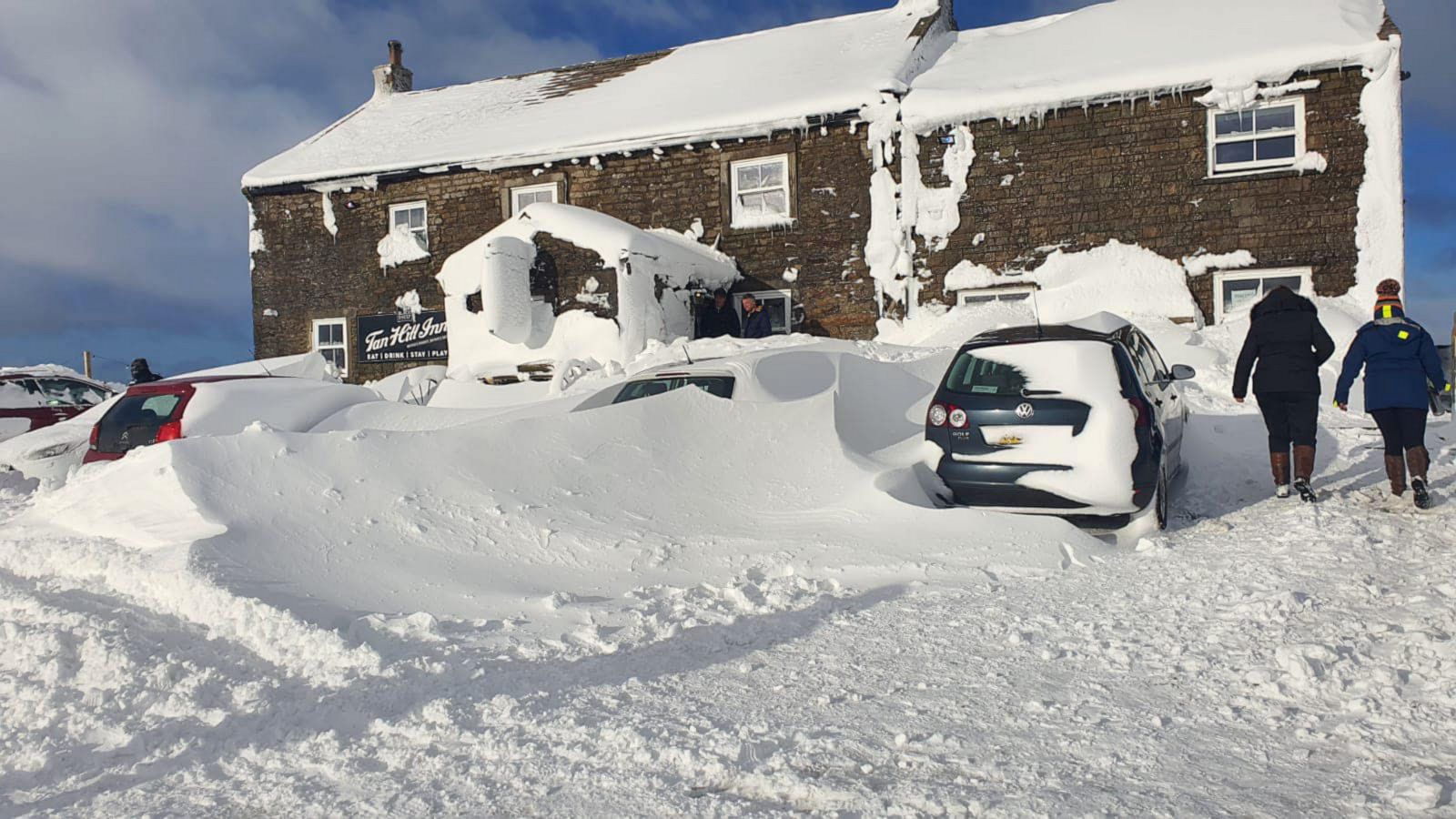 A British inn and pub officially bid “fond farewell” to 61 guests Monday after a blizzard stranded them for days inside.

Located 270 miles north of London, Tan Hill Inn in Yorkshire, England, had arranged an event for an Oasis tribute band on Friday. Later that night, however, the region was hit hard by a late autumn storm which blocked local roads with heavy snow.

“The last time we had our costumers locked in was four or five years ago, but that was just for one night. This time it was a very different experience with four days,” Nicola Townsend, the pub manager, told ABC News.

The staff and guests came up with spontaneous ideas “to kill the boredom,” Townsend said. They organized a movie event, a quiz night and karaoke.

“Customers started to develop bonds from the second day on by hanging out, making friends and exchanging numbers. And they were so cooperative in running the affairs. Like they felt home indeed,” she said, adding, “Our staff are exhausted, but very happy that our guests had fun. Some of them said they had so much fun that they did not want to go back home when the roads were cleared.”

Ronnie Spector, ’60s Pop Music Icon and Member of the Ronettes, Dies at 78