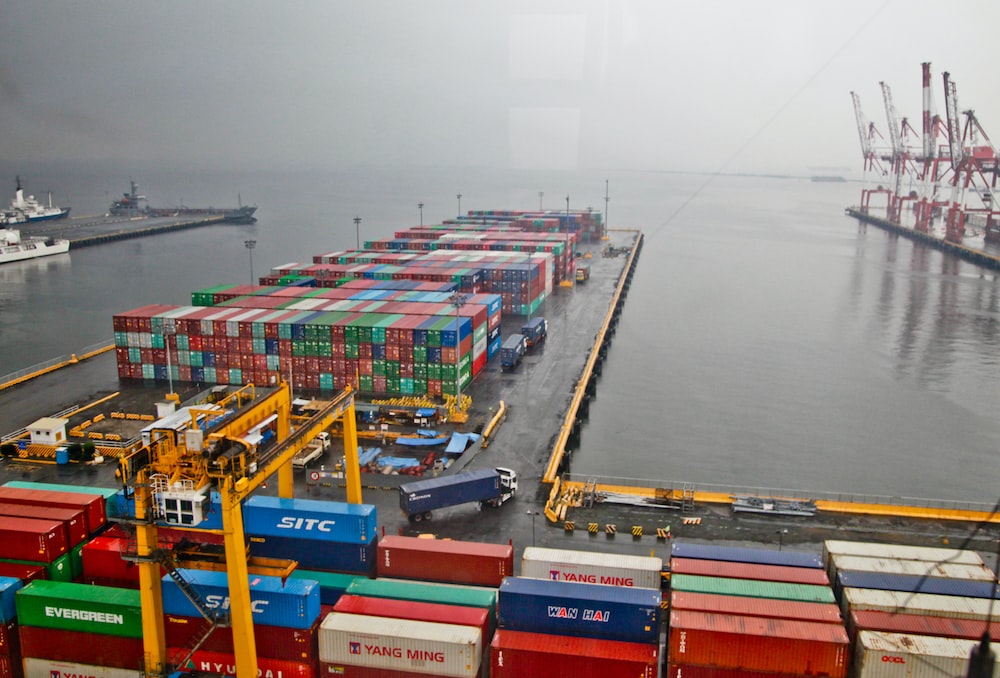 Ministers are facing yet another Christmas crisis – hours after claiming they had solved the UK’s C02 shortage – after it was revealed shipping containers packed with food, furniture and electronics are backing up at Britain’s busiest freight port predominantly due to the UK’s dearth of HGV drivers.

Felixstowe in Suffolk has become severely congested to the point that Maersk, the world’s largest container shipping company, is diverting its big vessels away from the UK because the dockside is full and there are not enough truck drivers to pick up and deliver fully loaded containers and return the empty ones.

Pictures from the port on the Suffolk coast today show it is rammed with containers piled up over the gigantic dockside, as the British International Freight Association said it understood average ‘dwell times’ for cargo at the port have nearly doubled in the last two weeks, from five to 9.7 days.

The backlog is affecting major retailers including IKEA and major food companies including Nestle, the world’s largest food producer of coffee, baby food and chocolate, as well as tens of thousands of smaller UK businesses waiting for orders from all over the world.

Some cargo ships are now being sent to European ports with containers moved into the UK via Dover or on smaller ships to less busy ports such as Hull and Liverpool because it is now quicker to avoid Felixstowe. Inside those containers are tens of thousands of tonnes of goods destined for shops, supermarkets and households for the busy festive period. Britons are already buying their turkeys, gammons and Christmas puddings due to shortage fears.

Maersk boss Lars Mikael Jensen has warned that retailers may need to prioritise what they ship to Britain in the coming months due to delays, adding: ‘Felixstowe is among the top two or three worst-hit terminals [globally]. We are having to deviate some of the bigger ships away from Felixstowe and relay some of the smaller ships for the cargo’.

Britain’s labour crisis is also being blamed for the logjam with one logistics company whistleblower telling ITV News anonymously: ‘I’m fed up with this. Year on year this port never has enough staff to cope with high demand. Now we’re hitting another peak period and all that people are talking about again is shutdowns and gridlock. These volumes were forecast, there have been many meetings about the run up to Christmas. Why are we on this position?’