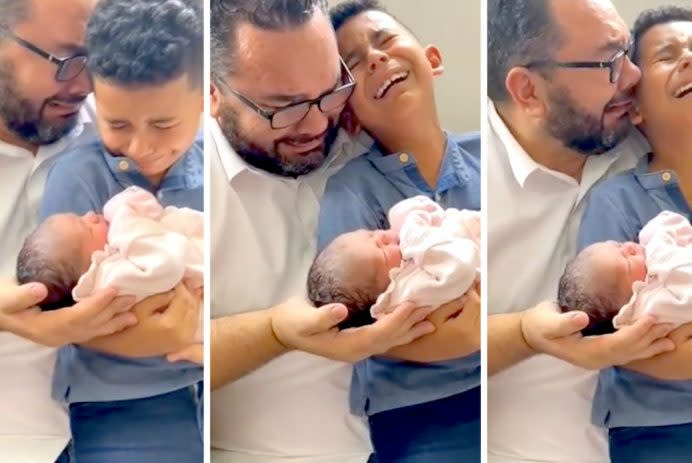 A heartwarming clip of a father and son weeping joyfully over the birth of their newborn daughter and sister, respectively, has elicited thousands of responses on social media.

According to CBN News, the original video was posted to Instagram on March 4 by the father, João Prudêncio Neto, after his wife gave birth to “their miracle” daughter. At the time of its release, the clip received over 48,500 views.

Neto, who is also a pastor, noted in the caption that he became infertile after having his firstborn son, David, and that having another child would be impossible without utilizing fertility treatments.

“I waited patiently for the Lord; He inclined to me and heard me when I cried for help,” Psalms 40:1, he wrote. “After I had our firstborn son David, I became infertile. It was impossible to be a parent again with zero spermatozoids production. My wife Karolinne Prudêncio was healthy and also dreamed of having another child. Until the Lord Jesus healed me, giving me life to produce another.”

Bibles for China Releases 50,000 Bibles to Chinese Churches in Moscow

The Most Translated Film in History, The JESUS Film, Released in 2,000th Language