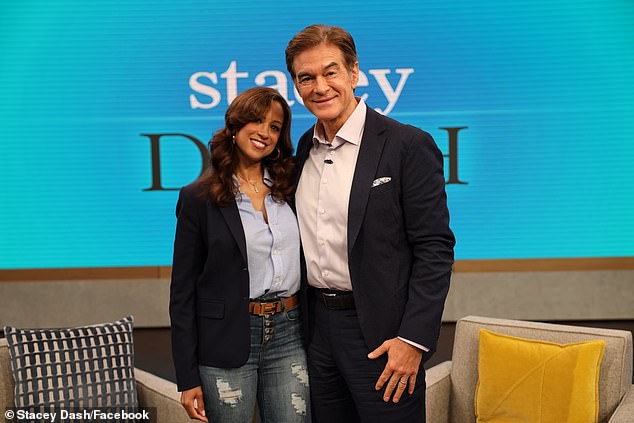 Stacey Dash has revealed for the first time that she was addicted to the prescription opioid Vicodin.

‘I was taking 18 to 20 pills a day,’ the 54-year-old actress admitted to Dr. Oz, adding that she ‘lost everything’ due to the expensive nature of the highly addictive habit.

Dash, who recently celebrated five years of sobriety, labeled her addiction her ‘deepest, darkest secret’ in a Facebook post teasing her appearance on Thursday’s episode.

While speaking to Dr. Oz, the Clueless star said overcoming her addiction helped heal her animosity towards her ‘sick’ parents, who also suffered from drug addiction during their lives.

Stacey’s mother Linda and father Dennis have since passed away.

Dr. Oz remarked to Dash that a Vicodin addiction is ‘expensive,’ with the Rehab Spot citing that the average street price per pill can range from $5 to $25.