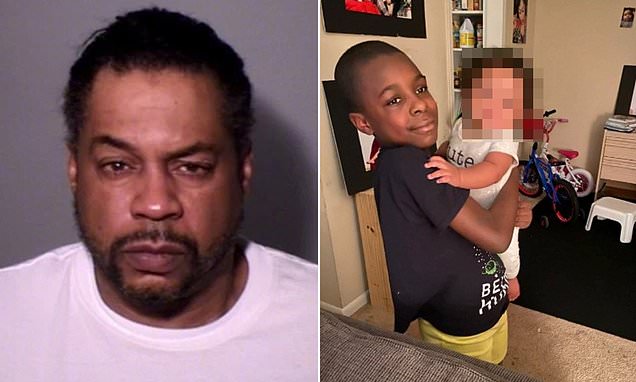 A Wisconsin grandfather allegedly beat his 12-year-old grandson to death by repeatedly hitting him with a hammer for 90 minutes after finding money missing from his wallet on Sunday. Andrez Martina, 54, is accused of bludgeoning his 12-year-old grandson Andre Smith II to death at his home in Milwaukee, Wisconsin. Police say Martina admitted that he ‘lost control’ after he woke up around 3am on Sunday to find his wallet open and money missing. The victim, who was sleeping over at Martina’s house along with an eight-year-old boy, denied taking the money and turned his pockets inside out to show they were empty, according to a criminal complaint. Martina allegedly used a sledgehammer, mallet and coat rack to beat the child for up to 90 minutes and continued the attack even after the boy went into another bedroom to get the money.